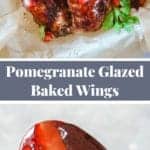 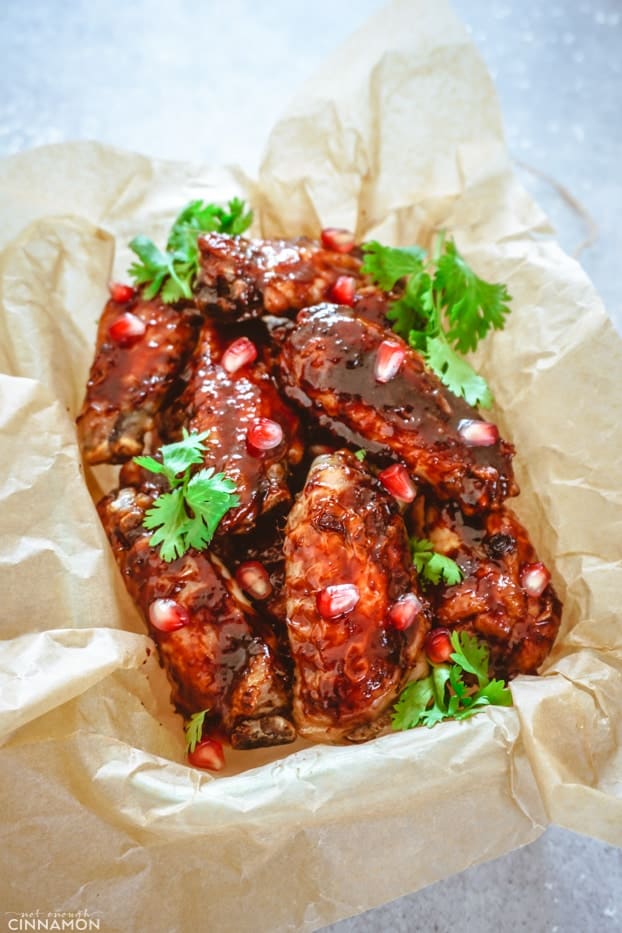 Just a warning before we get started: do have some family members or friends to share these baked chicken wings with because otherwise... you might end up eating the whole batch to yourself (oopsy oops!). They are that good! 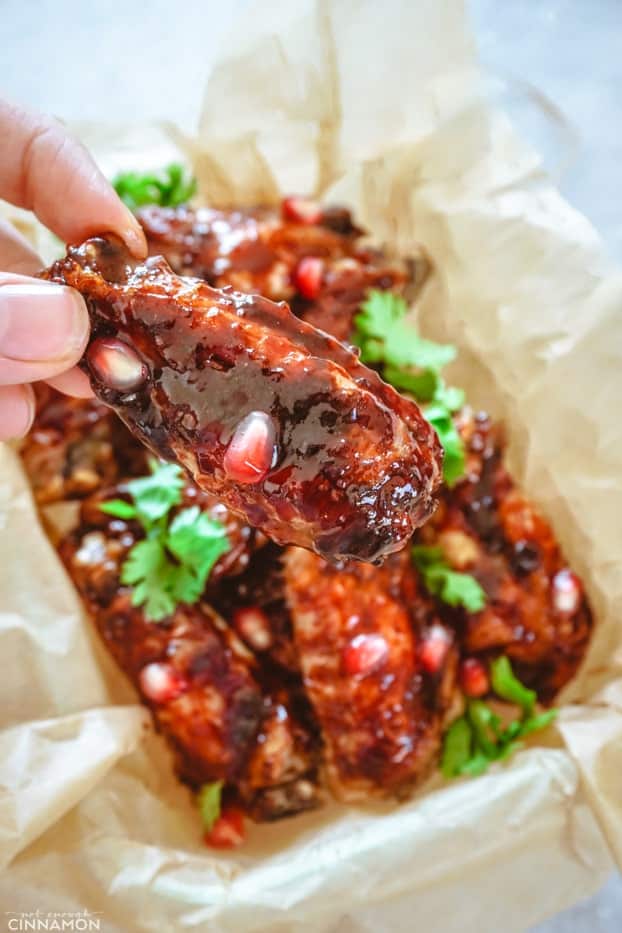 Let's see how we make these! Hint: it's easy!

We start with the glaze first.

Grate garlic cloves (I used my beloved Microplane for that) and add to the juice mixture. (step 3).  Season with salt.

Bring to a gentle boil and cook for 30 to 40 minutes, until it has reduced to about ½ cup and it coats the back of the spoon as shown in the picture (step 4).

While the glaze is reducing, prepare the chicken.

Pat dry the chicken wings (the drier the skin, the crispier!), place them on a baking sheet lined with foil. Bake for 15 minutes and up to 30 minutes (depending on your oven) (step 5)

Brush the wings generously with pomegranate glaze and broil for a minute or so to finish cooking (step 6). 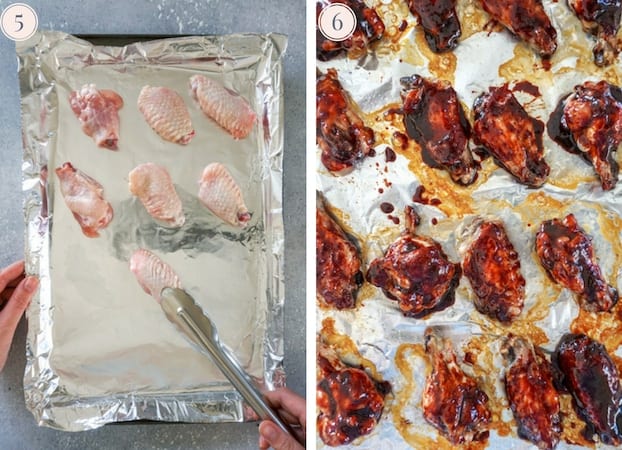 The glaze does take a while to reduce, but other than that, it's a pretty straightforward recipe.

What to serve with chicken wings?

If you're not planning to serve these as appetizers but want to turn them into a meal instead, you perfectly can. Here are a few healthy side dish ideas that would go well with these chicken wings: 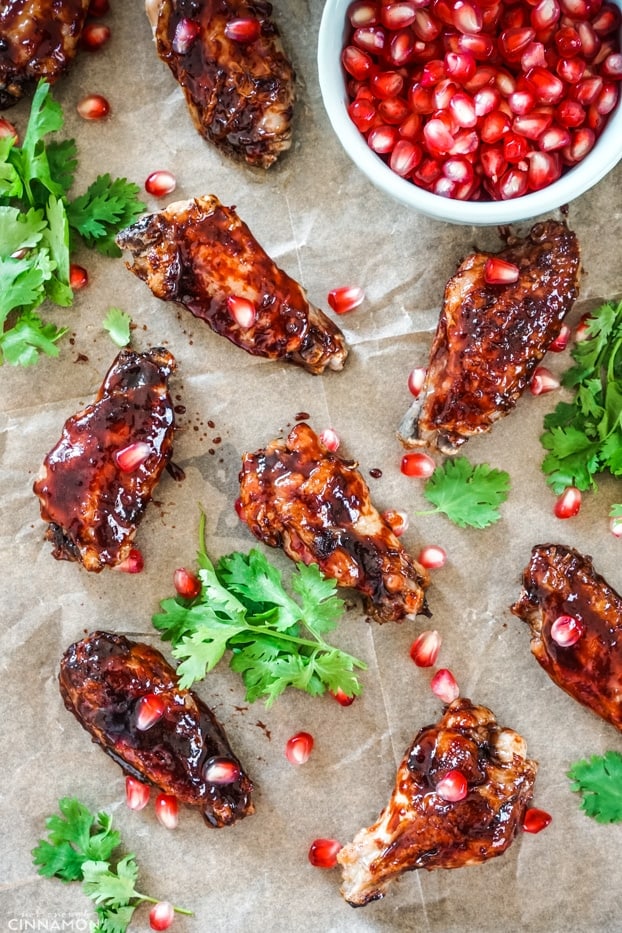 A few cook's tips to make these baked chicken wings! 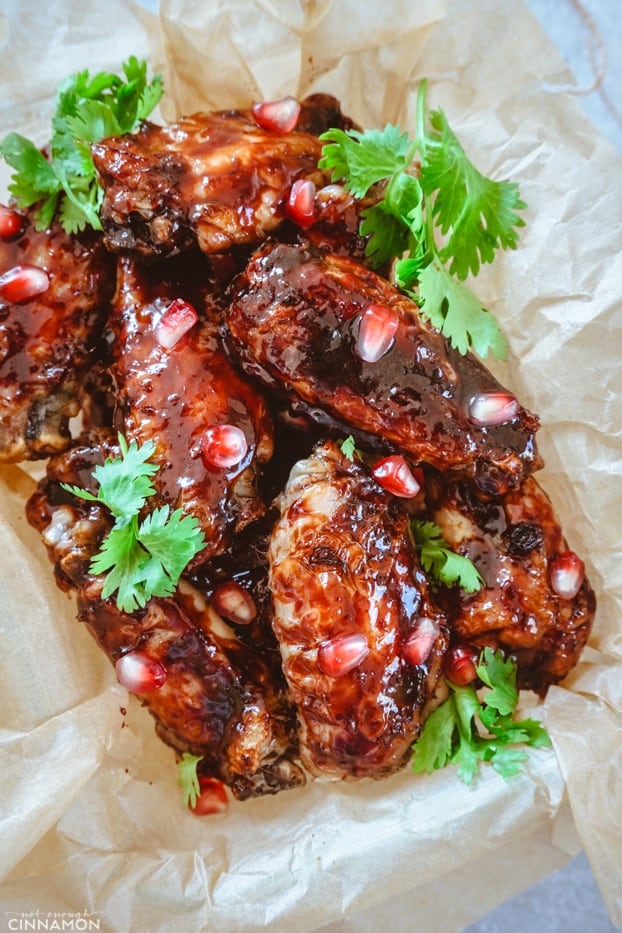 If you tried these baked chicken wings, don’t forget to rate the recipe below and let me know how it went in the comments – I love hearing from you! You can also follow me on Instagram, Pinterest and Facebook for more deliciousness and behind-the-scenes!

Finger lickin' good chicken wings baked in the oven and covered in a sticky pomegranate glaze made with four simple ingredients: pomegranate juice, orange juice, garlic and a little bit of vinegar. That's it. Perfect for parties! Paleo, Whole30 and gluten free.

UPDATE NOTE: This post was originally published on September 9, 2013 and republished in October 2018 with an updated recipe, new photos and more tips.