You are here: Home / Recipes / Baked Grapefruit with Maple Syrup and Cinnamon 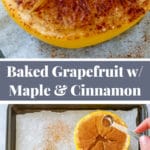 Baked grapefruit is a super easy, tasty and healthy breakfast or dessert that takes only minutes to prepare. 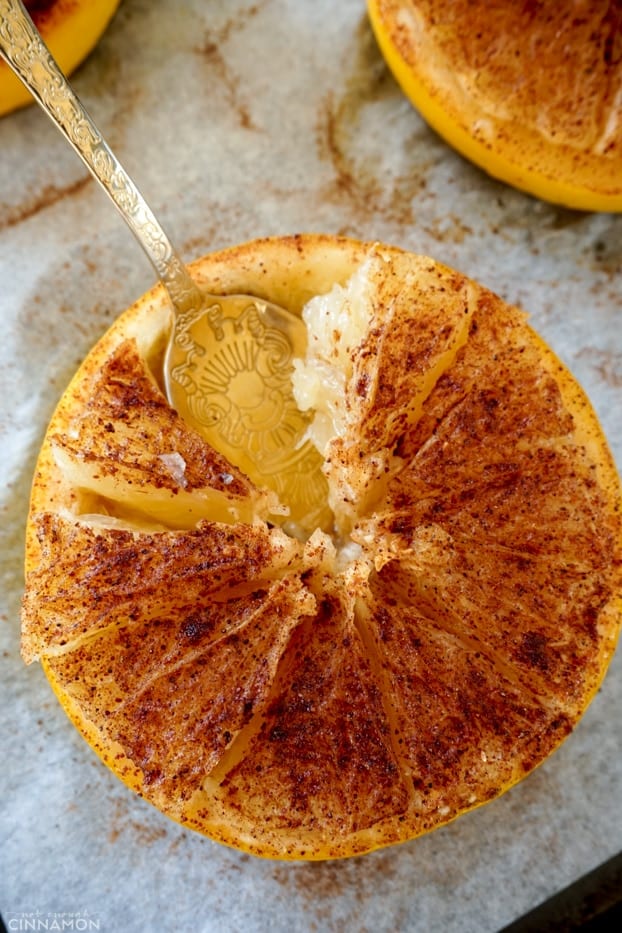 I'm a big grapefruitovor. I eat grapefruit all the time for breakfast, snack + "dessert" all year round. Most of the time I'll eat them plain, simply cut in half with no sugar but baked grapefruit is perfect for when I want a little change.

Why would you bake grapefruit?

Well, because it makes it sweeter and juicier! And with the addition of maple syrup and cinnamon, it just brings the fruit to the next level of deliciousness!

If you've never had baked grapefruit before, you're in for a treat, I'm tellin' ya. 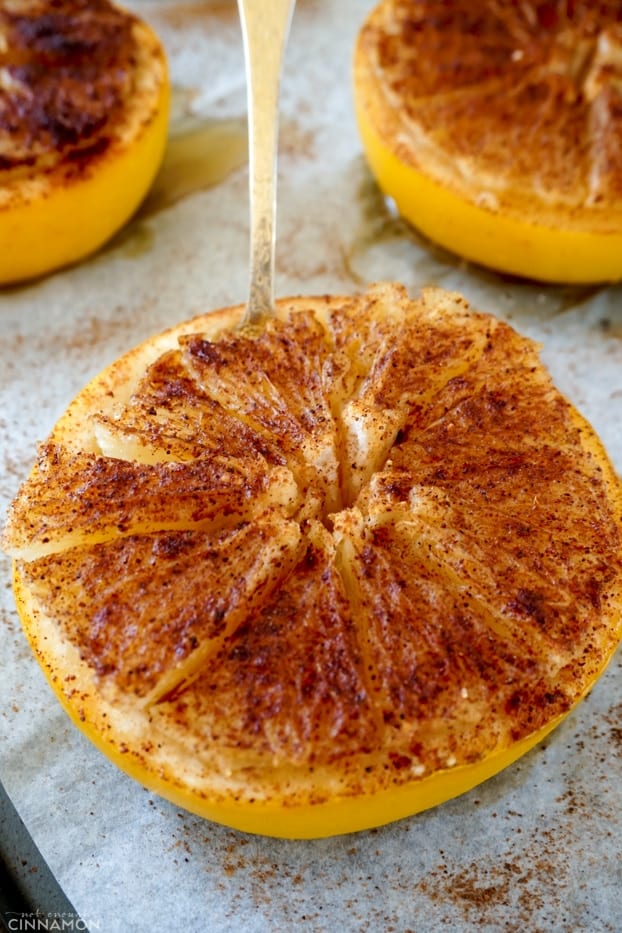 How to make baked grapefruit – step by step

It's so easy you can hardly call this a recipe! But let me show you how it's done anyway 🙂

Trim a thin slice off the bottom of each side of the grapefruit so it sits level (step 1). It's an optional step but the maple syrup will be less likely to drip over the sides. 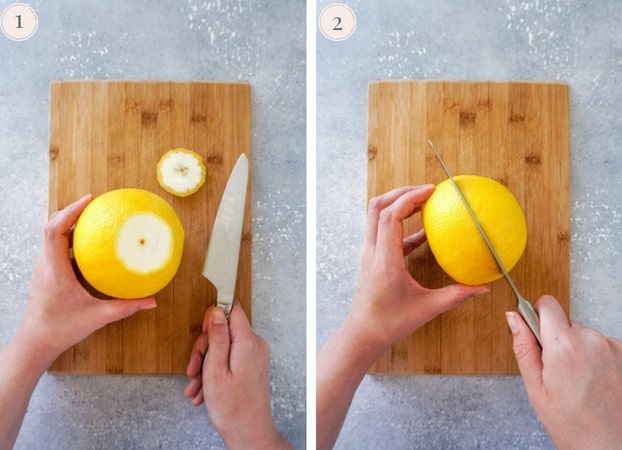 Cut each half into segments (step 3), then place on a lined baking sheet (step 4) 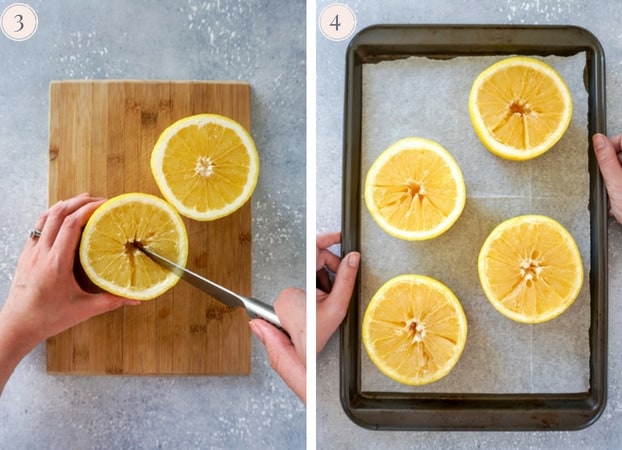 Drizzle each half with one teaspoon of maple syrup (step 5) and sprinkle with ¼ teaspoon ground cinnamon each (step 6). 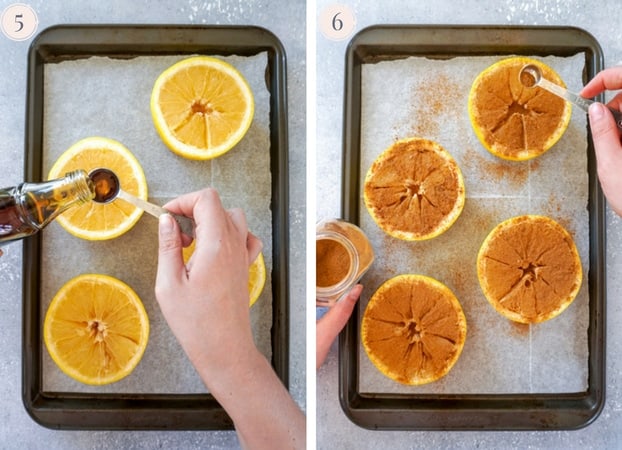 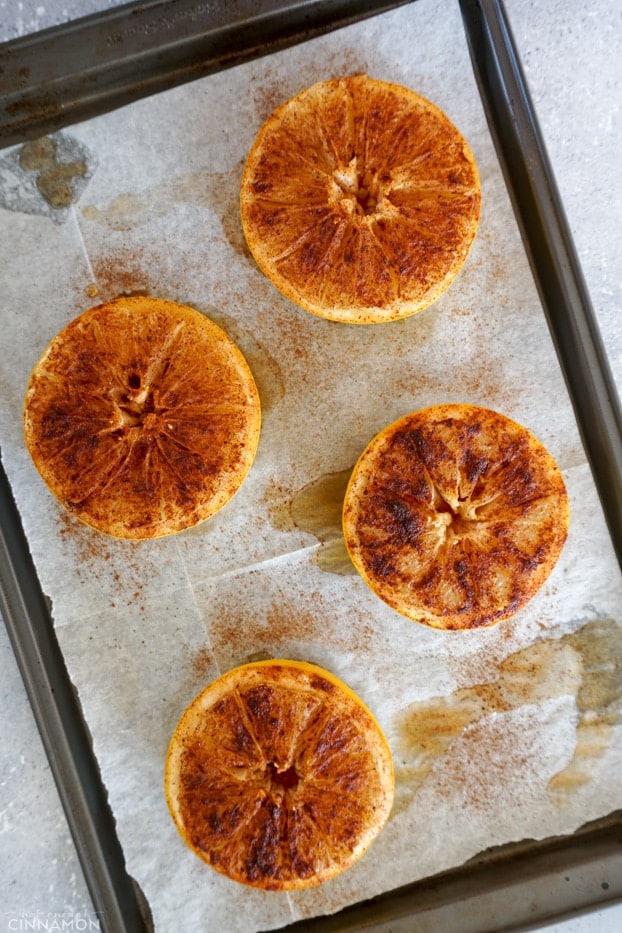 A few tips and substitutions to make baked grapefruit: 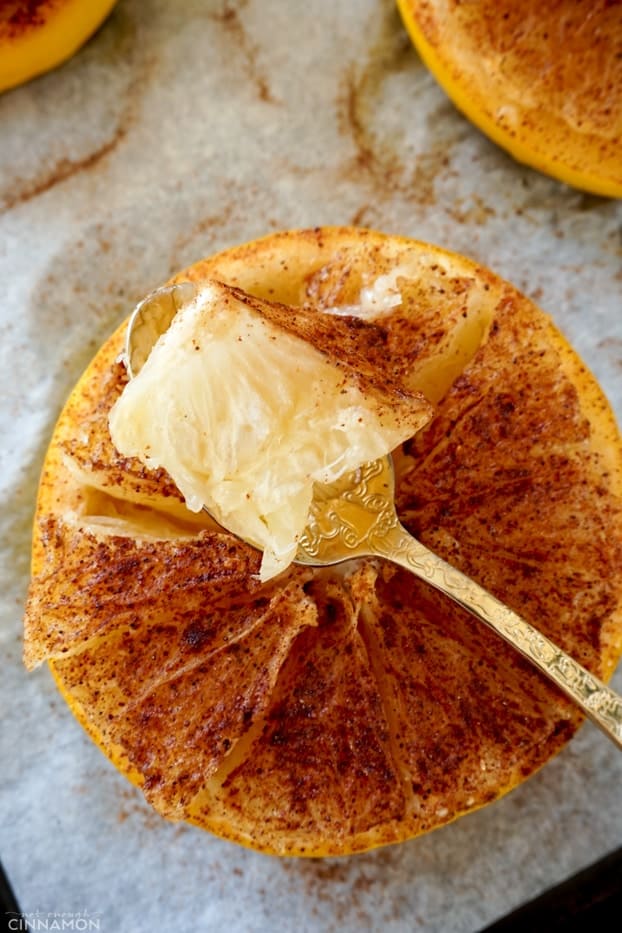 If you tried these baked grapefruits, don’t forget to rate the recipe below and let me know how it went in the comments – I love hearing from you! You can also follow me on Instagram, Pinterest and Facebook for more deliciousness and behind-the-scenes!

Other sweeteners you can use:

You can serve it with yogurt or whipped cream.

UPDATE NOTE: This post was originally published on March 11, 2013 and republished in October 2018 with an updated recipe, new photos and more tips.