You are here: Home / Recipes / Desserts / Strawberry, Pineapple and Coconut Crisp {and a blog vacation} 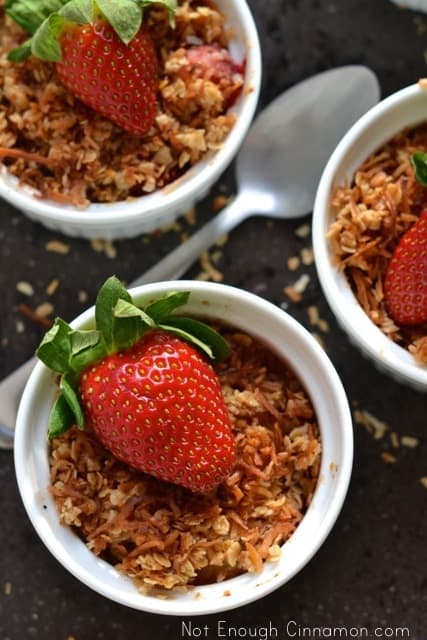 Wow, another dessert recipe? As someone who usually doesn't bake a lot of desserts, that seems a lot in such a short time frame! But I guess you're not going to complain, are you?
Crisps are an easy dessert I love to bake because it's very versatile. You can use pretty much any fruit combination and you're almost certain to have something delicious out of your oven. This time it was strawberries with pineapple. And toasted coconut. Have you yet realized how delicious toasted coconut is? You definitively don't want to skip the toasting step, it adds so much flavor!

If it doesn't tickle your tastebuds, you might wanna try this Banana Chocolate Chips Crisp instead. Amazing! Nothing beats warm bananas. Or still in the same family, there is also the English cousin: the Pear and Pomegranate Crumble. It's basically a crisp, but without the oats.

As of today, I'm taking some time off. I'll be active on Facebook (have you joined me yet?), respond to comments and emails but I won't be posting any recipes here. I love blogging and sharing recipes with you but I feel like I really need a break to get my mojo back. I have lots of things going on right now, including working very hard on my new company Mobbees that builds iPhone apps for lifestyle blogs like mine. I'll still be cooking a lot, but just for fun, without the blog in mind. Don't you worry though, I'll be back in two weeks or so 🙂 I'll keep you posted on my Facebook page.

Thanks for your support 🙂 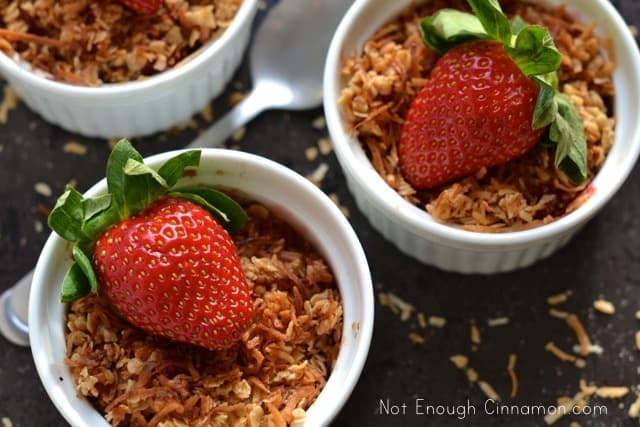 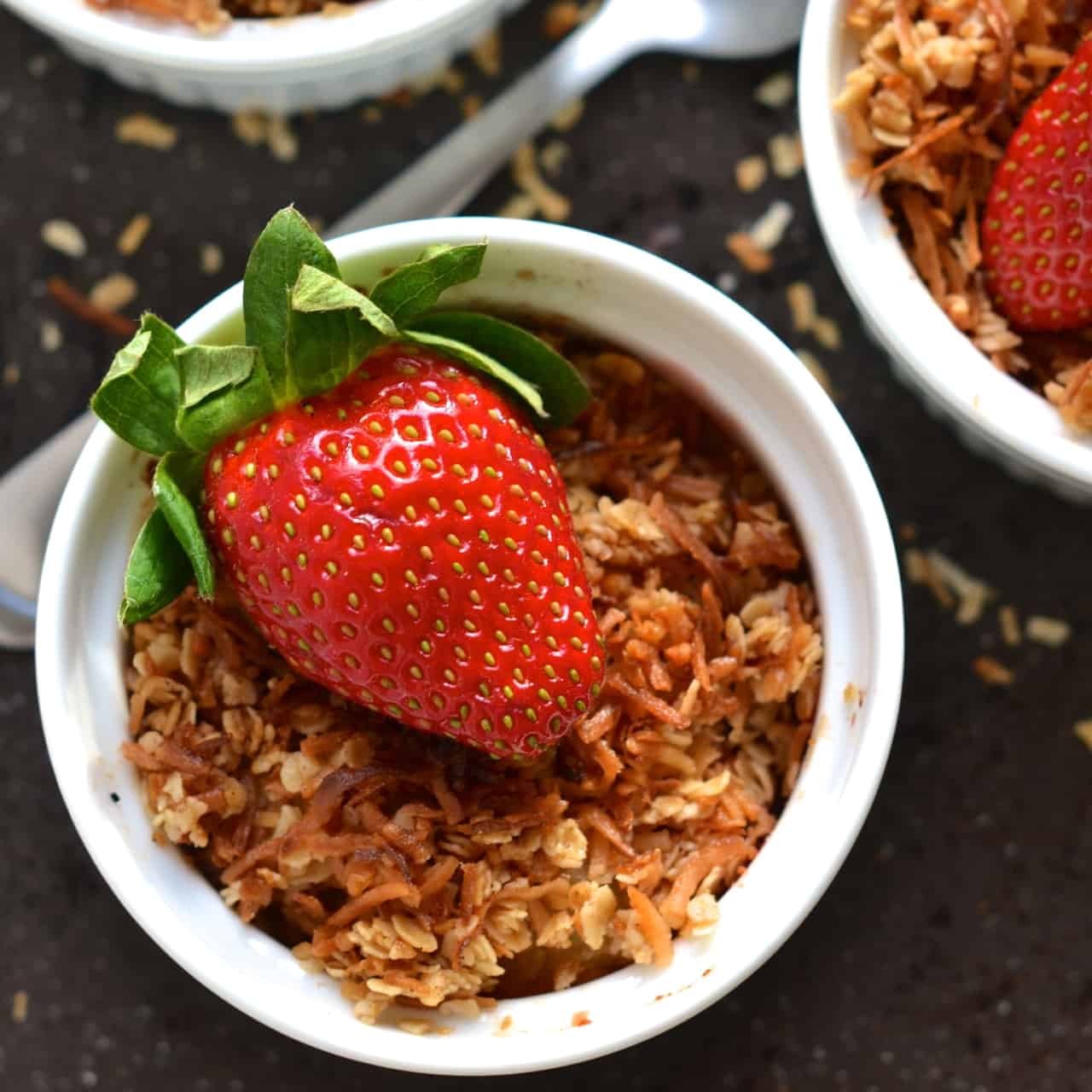 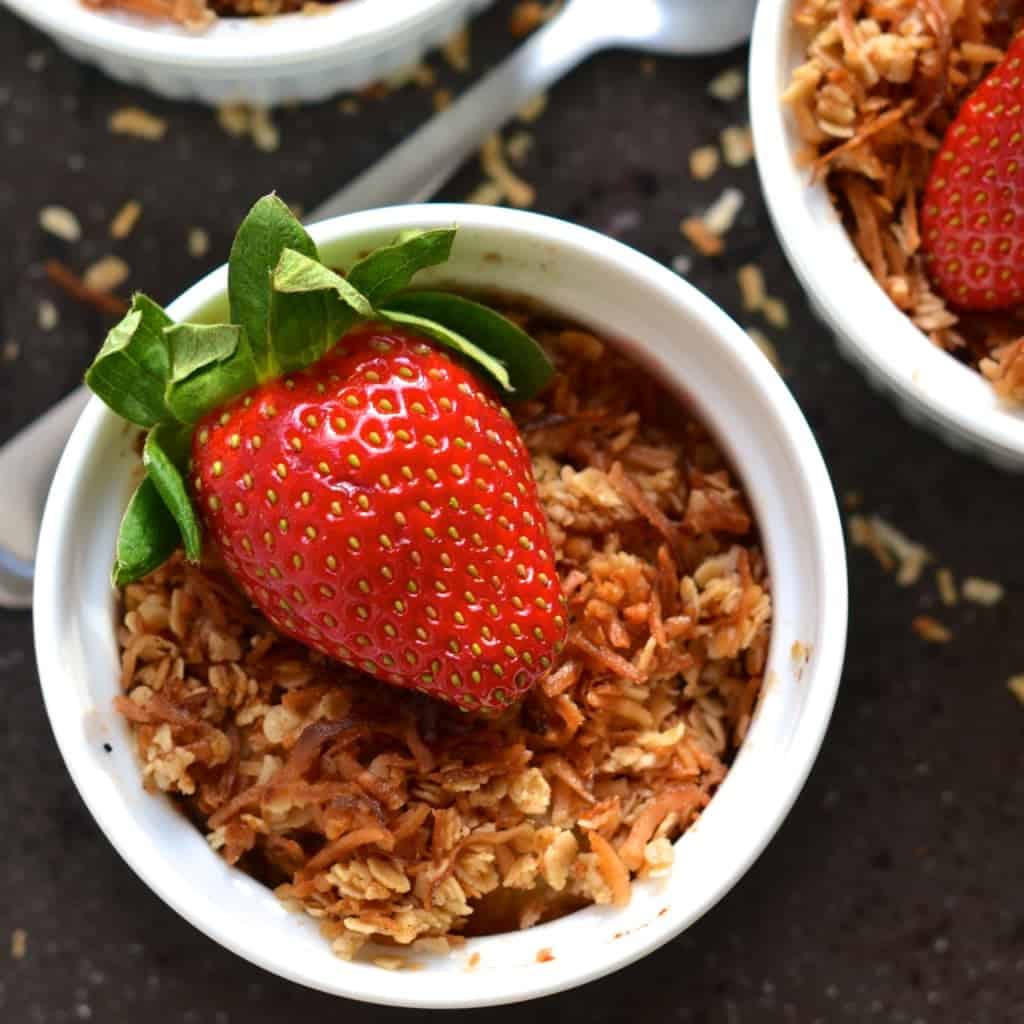