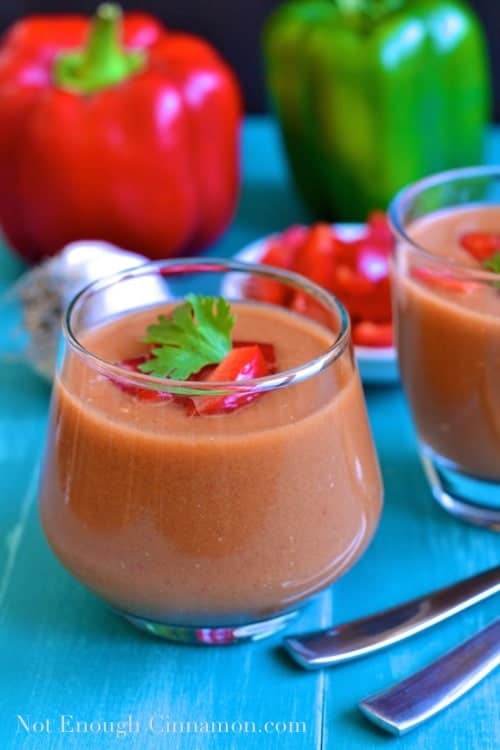 To continue this Basque/Spanish week on Not Enough Cinnamon, I wanted to share with you a traditional and famous Spanish recipe: gazpacho. This soup just screams summer! It's made with loads of veggies - tomatoes, bell peppers, cucumber, garlic, red onion - and is supposed to be eaten very cold, just out of the fridge. I love this soup, it's very refreshing and healthy.
You might notice that this gazpacho is not a red as others you might have seen before. It's because I added basil leaves directly in the blender for a stronger flavor, and did not use them simply as a topping. Also, if you're gluten free or watching your carbs, you can leave out the bread. Enjoy! 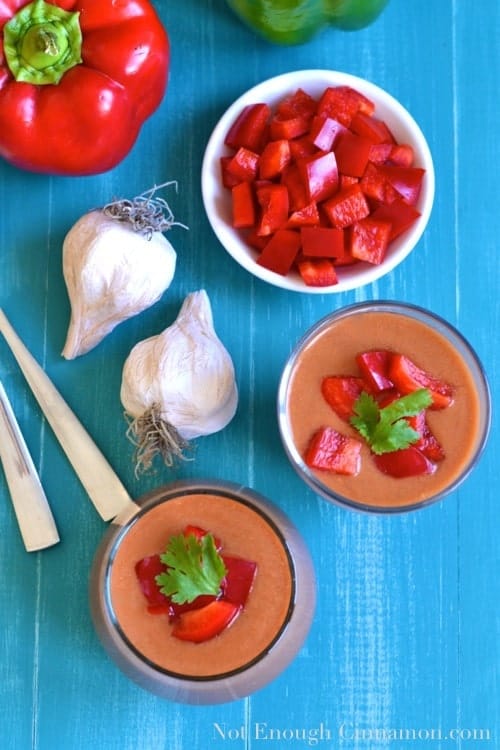 You can use balsamic vinegar or cider vinegar instead of sherry vinegar.

If you want your soup to be bright red, do not add basil in the blender. Chop it and add it at the end.