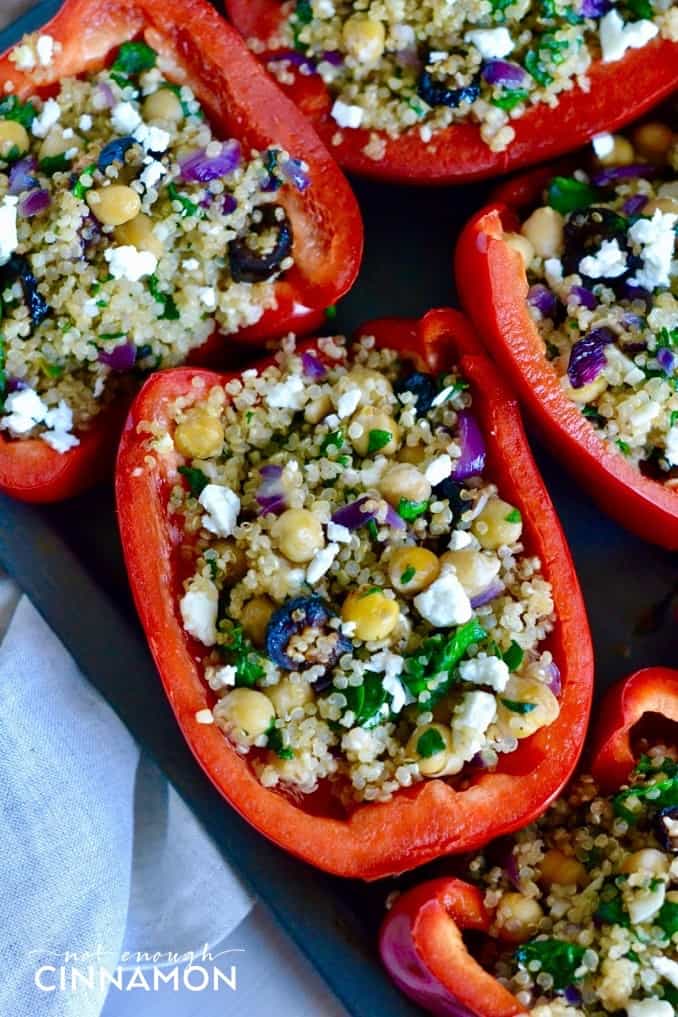 When summer comes, I want to eat all the things Greek and Mediterranean. Fresh veggies, feta or other fresh cheese, olives... It's the cuisine of the sun by essence and it's exactly what I feel like eating ☀️

Now, I won't claim that this recipe is authentically Greek because Greece and its food what merely just the inspiration for this dish – but I will definitely claim that it's delicious! 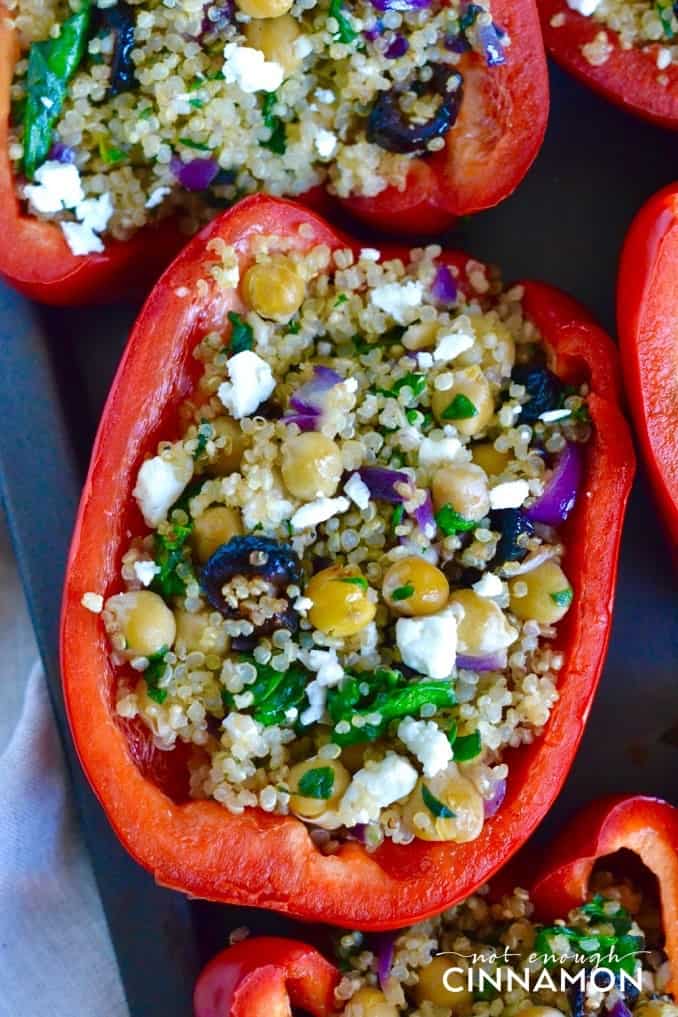 Loaded with quinoa, chickpeas and a little bit of spinach (for the green!), these stuffed peppers make a super tasty vegetarian meal (for Meatless Monday for instance?) that you can make and eat for dinner and lunch as they make good leftovers. Say goodbye to the sad desk lunch, and bring these bright peppers instead 🙂

Or maybe there won't be any left because you'll devour everything in one sitting, but that's a good problem to have! Enjoy 🙂 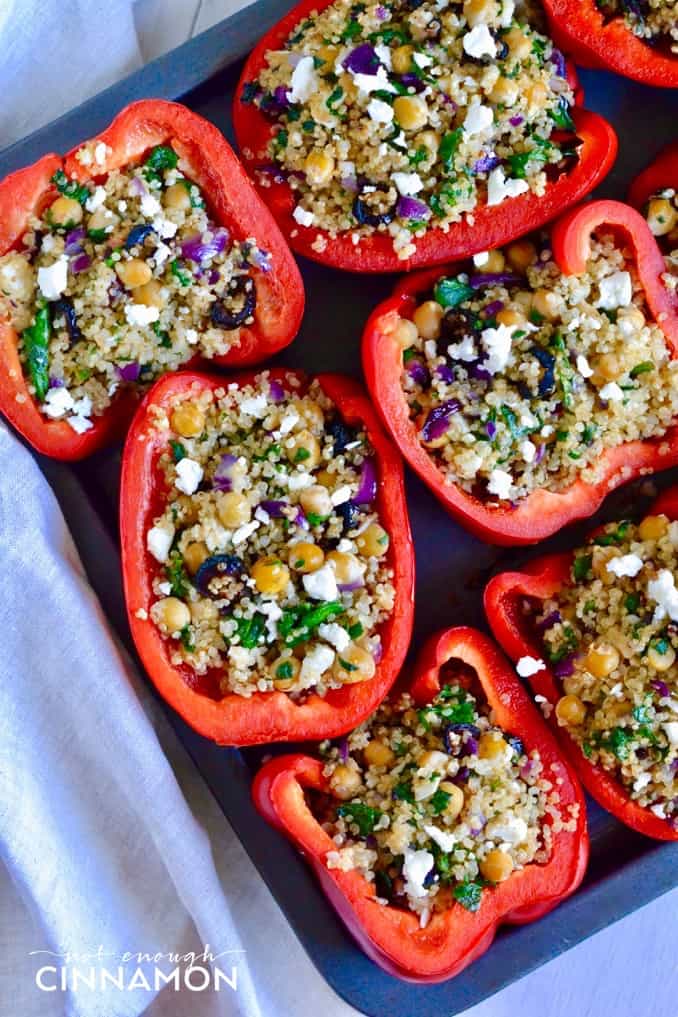