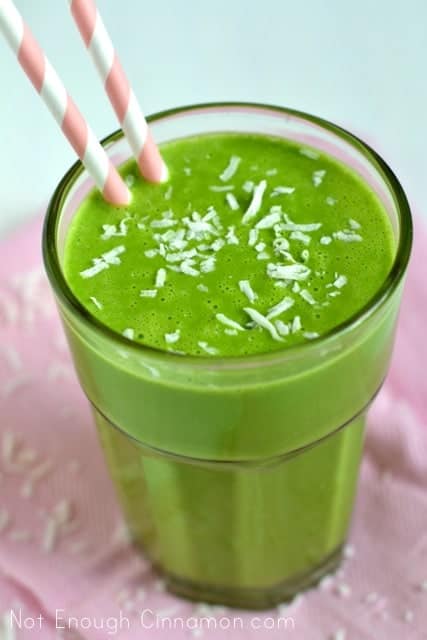 About a year ago, when I first heard about Green Smoothies I thought it was really "too healthy", even for me. Honestly this green drink is not really appetizing. Plus it's made essentially of spinach. Seriously? God, I wasn't brave enough to try that. But then I kept seeing it on various blogs and on Pinterest and they all swore I didn't taste healthy or strange. They claimed it tasted actually pretty good. Humm really? I had to give it a try. The first one I made was from Kristin at Iowa Girl Eats. It had banana and peanut butter so I knew I was going to love it. And the title said "my  top secret diet weapon". Who doesn't want a diet weapon? I certainly did! I still wasn't convinced with the spinach though. But then I thought... no big deal, I'll just throw it away if it's not good. But guys...it was delicious! I could barely taste the spinach and the strongest flavors where those of the banana and peanut butter. LOVE. The only thing that I didn't like was the use of Greek yogurt and milk. My stomach doesn't like dairy and I try to keep my consumption of it very occasional. So I decided to use coconut milk in lieu of cow milk to add some exotic flavor and to make it dairy free and vegan. I left out the banana to save on the carbs and I figured pineapple was the perfect alternative.

Quick story on a side note. Solal saw me drinking this smoothie and told me it looked disgusting (with the face that goes with it). Because he's an open minded guy, he still decided to give it a try, but you know, just to prove himself he was right. Aaaand he ended up drinking the whole glass and ask me to make some again. See? This smoothie is powerful! 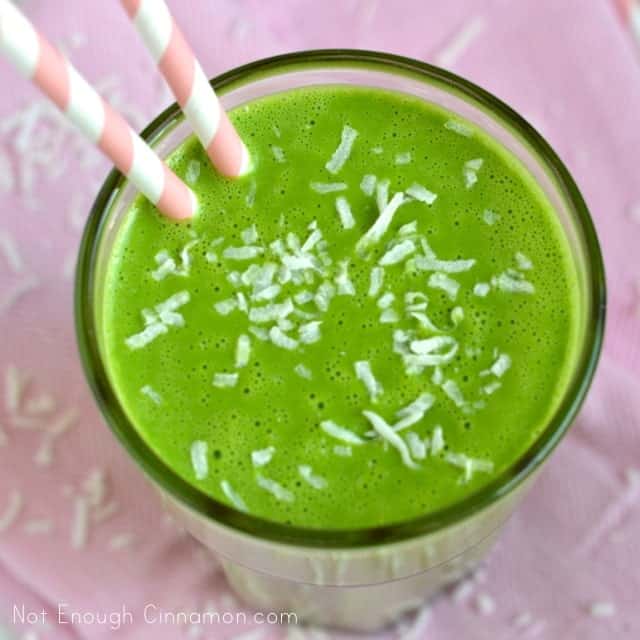 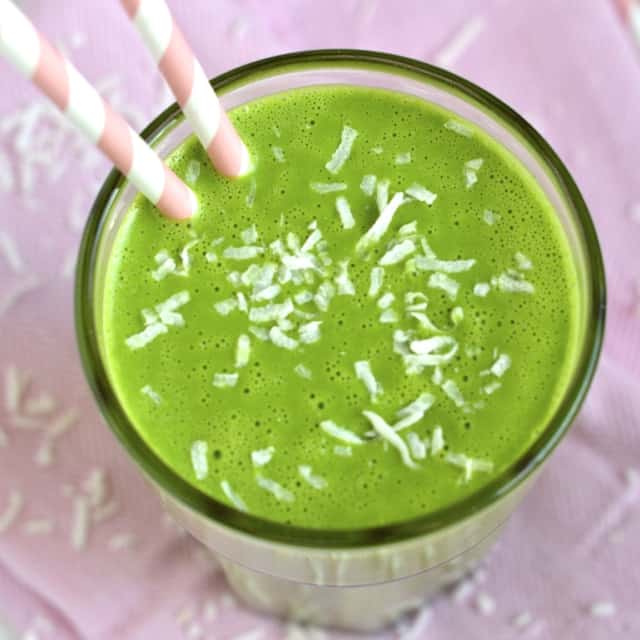 You can add a banana if you like your smoothie thicker.
Play around with your favorite fruits. Kiwi and papaya for instance would be a great addition.