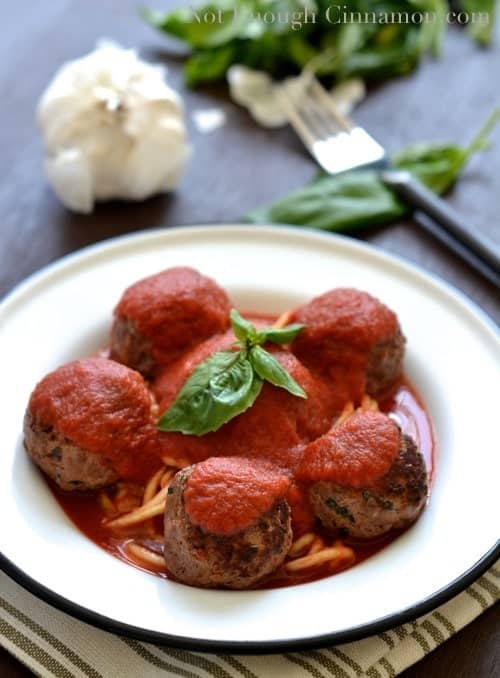 Hey guys! I'm back in sunny Sydney after a little less than three weeks in Paris. Before leaving, I had cooked and photographed enough recipes to keep you guys busy in the kitchen while I was away eating some macarons and foie gras (yes, I'm cliche like that) but alas things did not go as planned. I think I underestimated a little the 'free' time I would have while in France. When you come back 'home' after a year and a half away, there's a lot of people you want to catch up with and a lot of things you want to do.  And when you know that one single article takes me around 6 hours to finish (and I'm not even counting the recipe development and photography - which I had done before leaving), you understand that I definitely did not have enough time on my hands to do it all. My idea was to do most of the work in the plane so everything could be ready when I landed <= silly girl! Working in the plane? Yep, that works for the first 3 hours. Then you just want to GET OUT OF THAT DAMN PLANE. And fast. But you're stuck. For 14 hours. And that was only the first flight - another 7-hour flight was waiting for me next. Oh the perks of living in Australia! 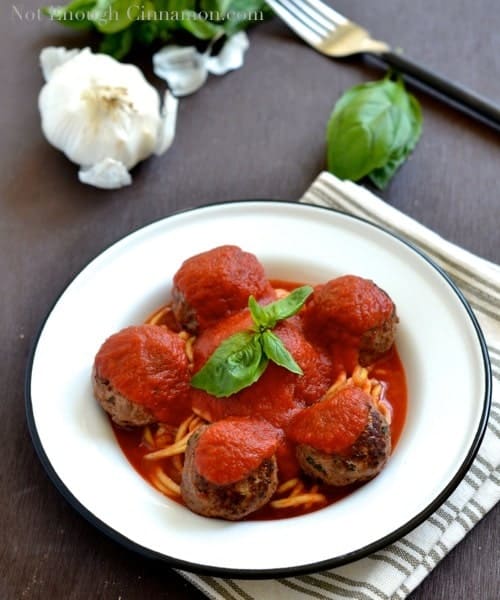 So, a little time to work for the blog and add to that a very limited internet connexion. I was supposed to get a mobile chip with 3G data and all, but this chip never made its way to me. When you're a smartphone addict like myself, that's a bummer. Me + no phone = despair. I basically do everything with my phone: text/calls (ok everybody does that), mails, internet, social media, article writing, itineraries, news reading, banking, shopping lists, workout...and the list could go on and on! That being said, I swear I'm not that kind of annoying people that spend all their time on their phones, even when you're talking to them. But let's face it, smartphones are just so convenient!

ANYWAYS! Today, I'm bringing you these paleo meatballs loaded with italian flavors: basil, sun-dried tomatoes and pancetta. They are gluten-free, dairy-free and low carb. Can you tell from the pic what I've served them with? Huumm NO it's not pasta! It's actually zucchini noodles aka zoodles. You can make them using this marvellous little kitchen tool called Spiralizer (and it's currently on sale on Amazon!). A big bowl of noodles without all the carbs? Hell yes! 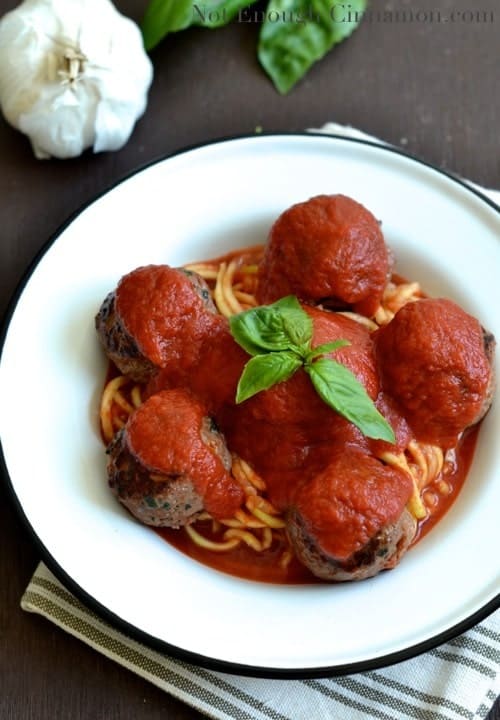 I served them with zucchini noodles and topped them with marinara sauce. It's also delicious topped with pesto.

Click on the link or picture to see the recipe 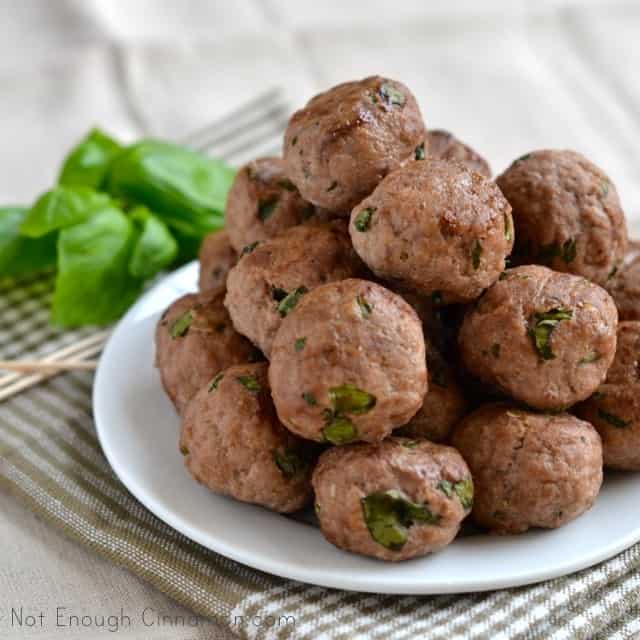