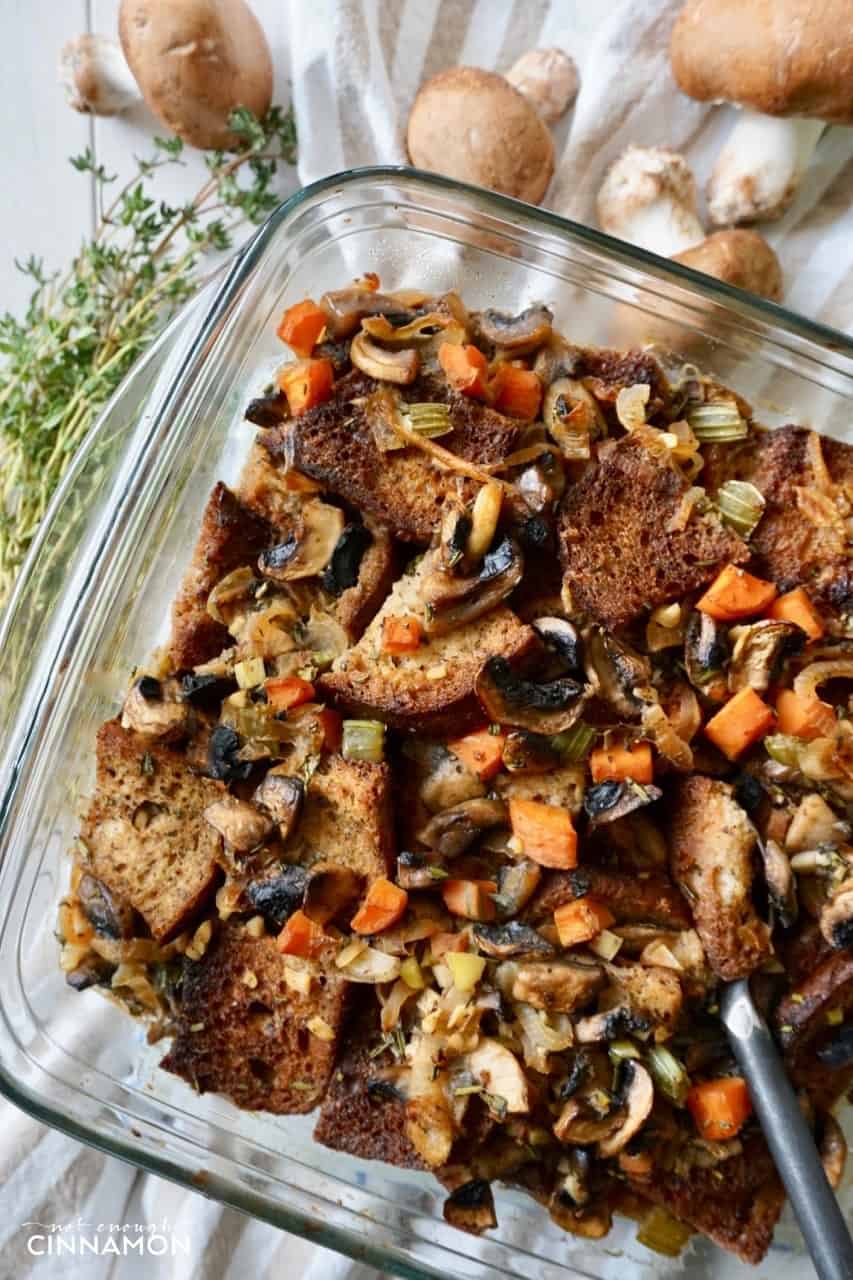 Funny story: as you know, I'm French, and as a Frenchie, I don't celebrate Thanksgiving (even though I do make a lot of Thanskgiving recipes for you guys!) and like most French people, I usually don't eat turkey for Christmas either.

So for the longest time, I just couldn't wrap my head around the fact that stuffing was served on the side. As in not inside the turkey. I mean, it's called "stuffing" right, so isn't it supposed to be used to STUFF the bird? As it turns out, yes, but also no, not necessarily. It's also very delicious on its own. *Mind = blown*. 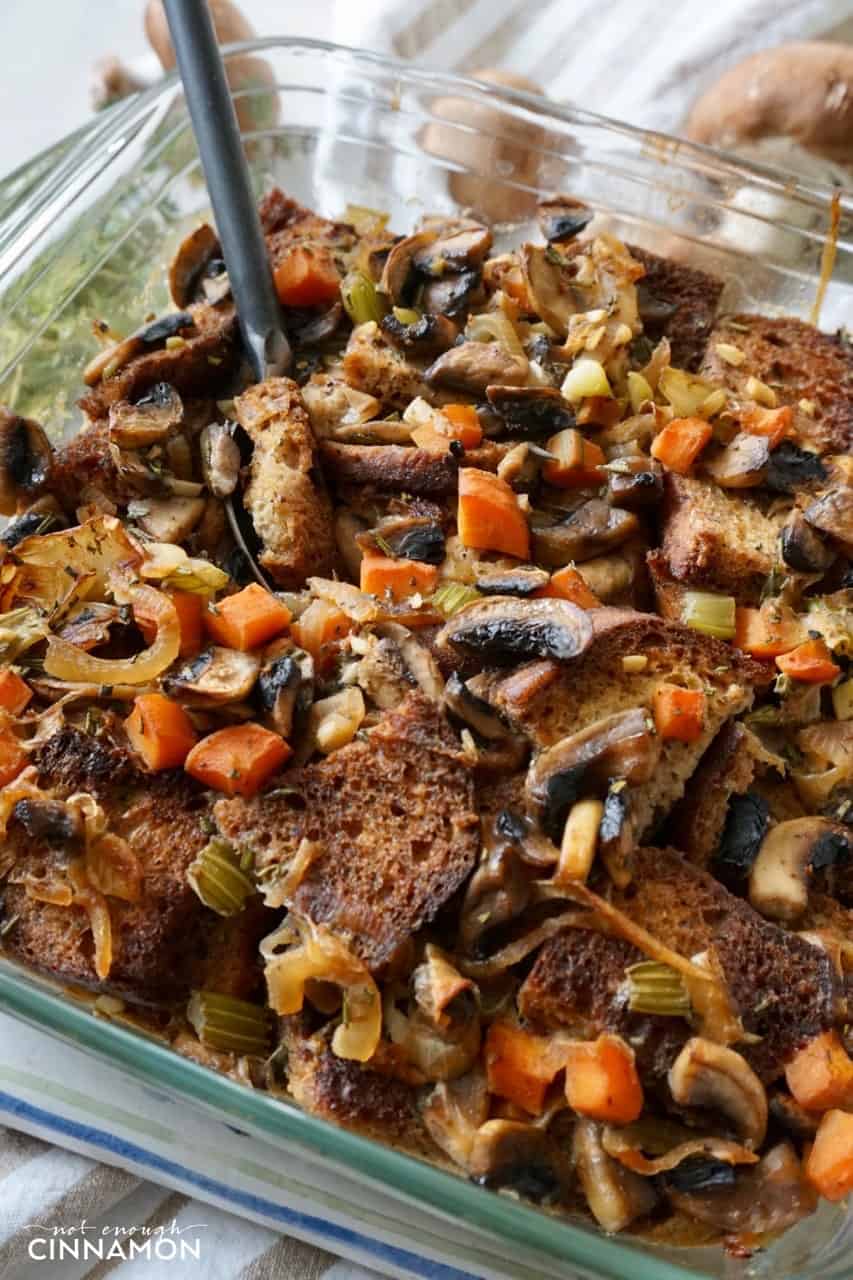 So today, I'm happy to introduce my very first stuffing recipe on NEC. In good NEC fashion though, you knew I couldn't just serve you a dish made mainly of bread and leave it as is. No, no, no. Instead, I thought about all your gluten intolerant guests (or maybe yourself!) and came up with this delicious gluten free caramelized onions and mushroom stuffing.

How do we make it gluten free? Well, just by using gluten free bread. Magic, I know. But honestly, it's just as good as any "real deal" stuffing I've tried (because, yes, I did catch up with my stuffing ignorance when I was living in Australia, where they do eat turkey for Christmas, just like the Brits) and even gluten gluttons would love it. As a mushroom fan, I naturally opted for a mushroom + caramelized onion stuffing - this is just a perfect combo for Fall! 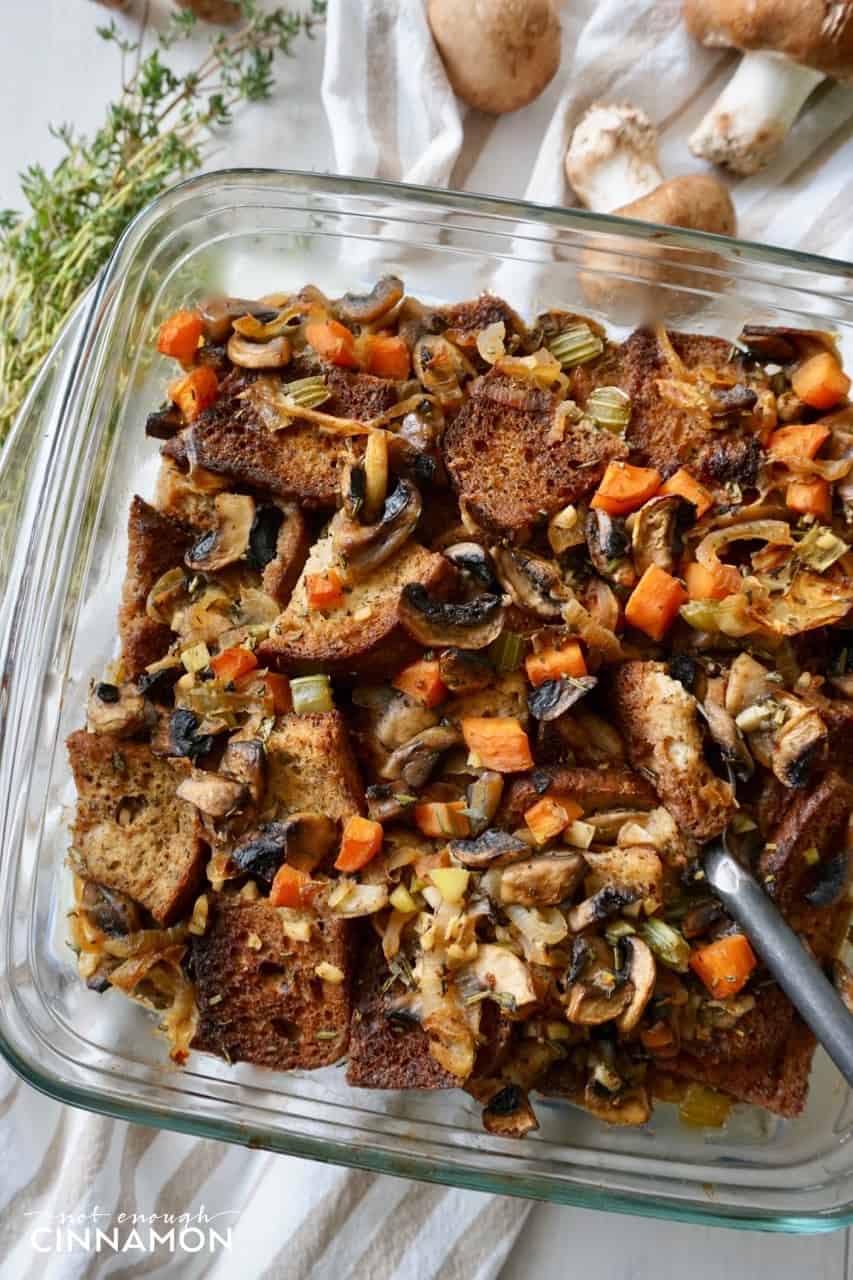 As you can see on the pictures, I cut the bread slices into big pieces but feel free to cut them smaller for a more traditional stuffing.