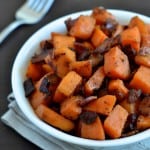 This savory Bacon & Sweet Potato Skillet isn’t just for breakfast but also makes for a great side dish for a hearty evening meal or Thanksgiving feast. 5 ingredients and 25 minutes are all you need to whip up this easy one-skillet dish. You’re not aware of it yet, but this Bacon & Sweet Potato Skillet is your new favorite breakfast, brunch, lunch, or dinner. And here’s why:

1. Bacon & Sweet Potato Skillet is dead simple to prepare and cheap.
2. As this is an easy one-skillet dinner, there’ll be only one skillet to clean. And who likes to do the dishes? Nobody. Guys, did you know we don’t have a dishwasher? Yes. True story. Sometimes, I feel like I spend my whole day washing dishes. Arghhh.
3. Sweet potatoes are full of good nutrients = your body will thank you. So go ahead and stuff your face with it (I know that’s what I did)
4. My Sweet Potato Skillet is ridiculously good. Simply delicious. I even dare to say it’s better than roasted potatoes. Can I tell you guys a secret? Up until recently, sweet potatoes were not part of my life. I’m not positive but I believe I had never tried it before.

WHAT? Well, to my defense, sweet potatoes are not really common in France. You can find some but really, only a few people consume them. I kept seeing sweet potato recipes on blogs and Pinterest but really, they didn’t appeal to me.

For me, it was as tempting as turnips. That is to say: not at all. How wrong I was! Things changed when we moved to Australia – where sweet potatoes are available – and we decided to consume white potatoes only on very rare occasions. If you tried this Bacon & Sweet Potato Skillet, don’t forget to rate the recipe below and let me know how it went in the comments – I love hearing from you! You can also follow me on Instagram, Pinterest and Facebook for more deliciousness and behind-the-scenes! 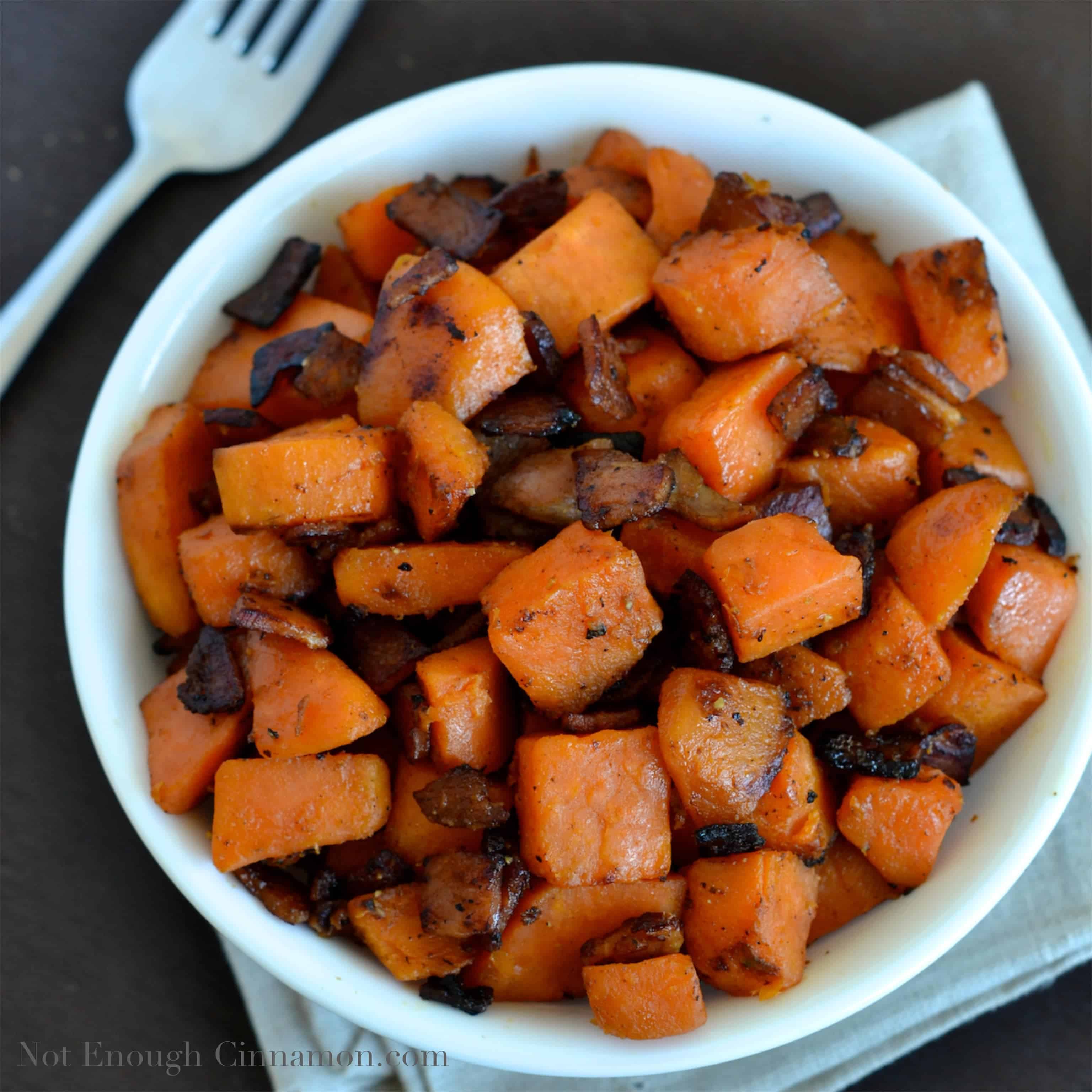 This savory Bacon & Sweet Potato Skillet isn't just for breakfast but also makes for a great side dish for a hearty evening meal or Thanksgiving feast. Five ingredients and 25 minutes is all you need to whip up this comforting one-skillet dish.

In my opinion, using kosher salt (or a salt with a bigger grain than regular salt) and freshly ground pepper in a must! 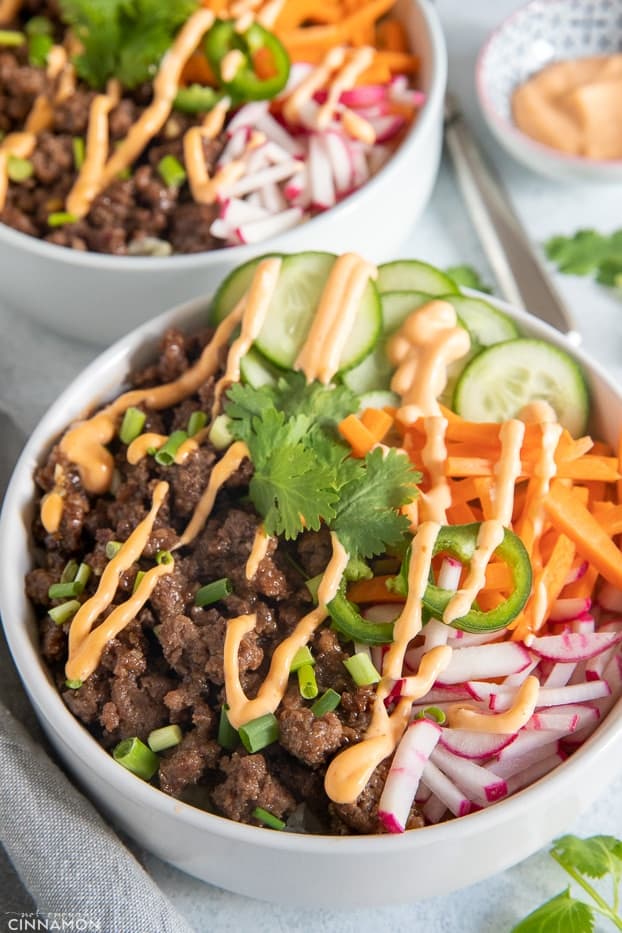 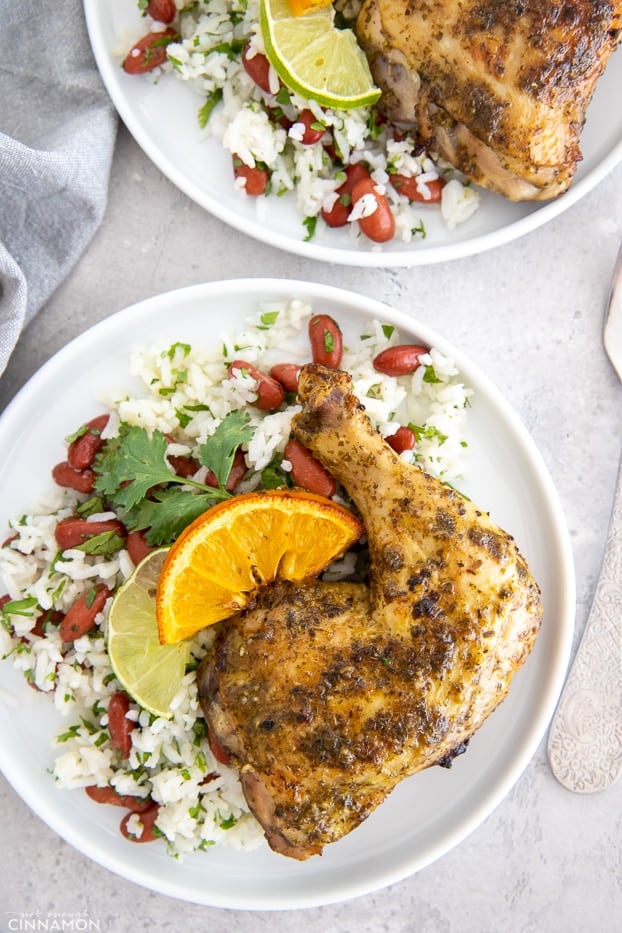 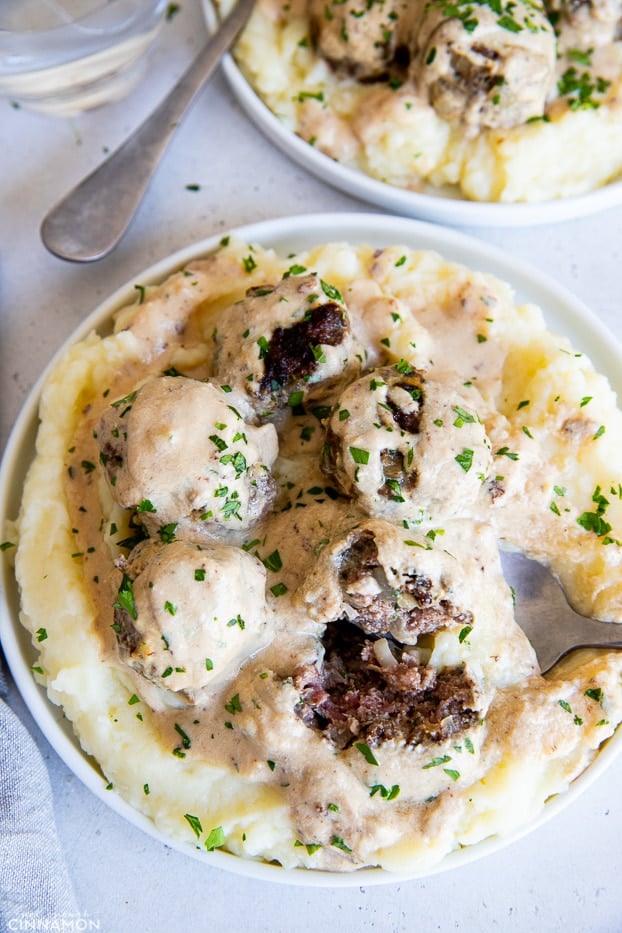 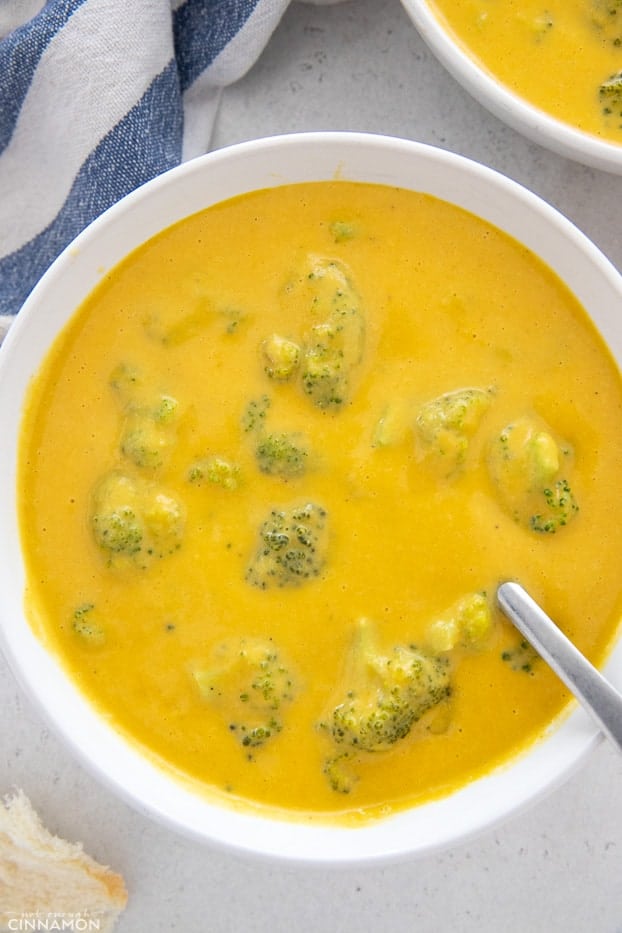