You are here: Home / Misc. / Chasing Our Dreams {Big Announcement}

I don't even know where to start. Seven months ago, I announced that we were leaving Sydney, Australia and moving to Montréal, Canada. I was going back to school to study marketing at McGill University. You can read all about it here. And now, we're moving back temporarily to Sydney. Wait, what?!

This is not because of Canada

First, I wanted to say that this is not because of Canada. When I told my Australian friends that we were moving back to Sydney, all of them said something along the line of "I knew you couldn't survive Canadian winters". Of course they were joking; and honestly my Canadian winter really wasn't that terrible. Oh we did have a few days at -20C (that's -4 Fahrenheit) but overall, it was just fine. With the right equipment, I can actually fight the cold (and I'm pretty proud of it haha). 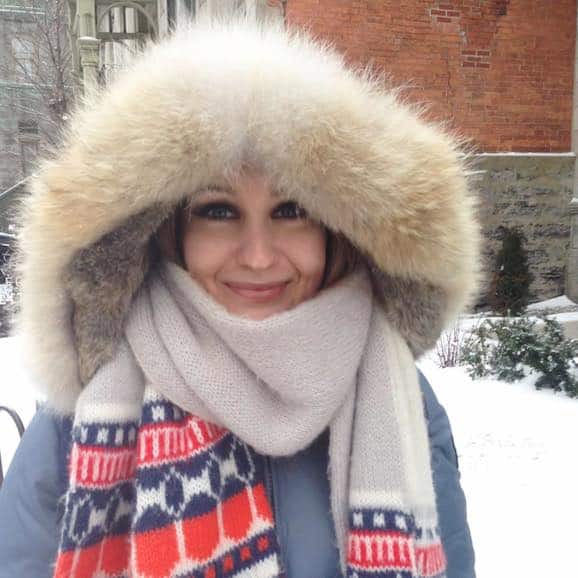 No, we're not going back because we didn't like our life in Canada. We were lucky to travel around the country; last November we visited Toronto, Vancouver and crossed the country by train, stopping at Winnipeg and the Rockies among other places (read about it here). Last month, we discovered the capital Ottawa and next week we're going to Quebec city. We had the chance to get a glimpse of Canada, and we loved it. Not only is Canada's scenery breathtaking, its people are beautiful too. Everywhere we went people were nice, warm and always trying to make us feel welcome. I also just finished my semester at McGill and loved it. I learned tons of valuable things, about marketing of course, but also about myself and people.

Honestly, I though we would stay in Canada for at least 5 years. Maybe more. And I would have been very happy about it. Our plan was for me to finish McGill and then, maybe move to Toronto? But I'm starting to learn that life doesn't always go as planned. Or should I say, never goes as planned? But in this case, I think it's positive.

Ok, so I'm just gonna spill the beans and stop teasing you. Here's the deal. Solal (my hubby!) has the opportunity to be transferred to the United States through his job. And for that to happen he has to be back to the Sydney office for a year. I'll skip all the legal and administrative stuff but bottom line is: we will be able move to the US. Miami, Florida to be exact.

Guys, this is a huge deal for us! Actually, a "huge deal" doesn't even begin to describe what we are feeling. Moving to the US has been a dream of ours for years - and for my hubby, it would simply be his childhood dream come true (he'll probably hate me for saying that in public, but here you go, now you know ❤️‍). 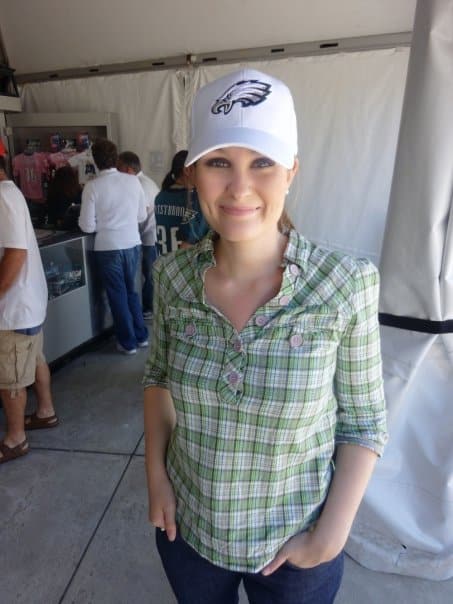 This photo is like ancient but it's from my very first trip in the USA back in 2009 so I thought it was appropriate. It was either that - my first Eagles football game in Philadelphia! - or me posing in front of the White House. Consider yourself lucky! haha

Immigration restrictions made it impossible for us to move to the US until now because we didn't fit into any visa categories, so we had kind of given up on our dream. Until we met with a lawyer a couple months ago (ironically to talk about Canadian immigration)... who told us that  1. It would be a long and complicated process to be able to stay in Canada long-term and 2. It might actually be "easier" immigration-wise to move to the US because we had this new visa option. Wait, WHAT? Honestly, this was just shocking news to hear and we zoned out like zombies for a whole day after the meeting. Solal calls her fee "the 200 dollars that changed our life" and he's considering framing the receipt (but I said...honey, maybe not).

Now to be honest, this is pretty scary. We are taking a risk. There is no guarantee that we will indeed get this visa - or should I call it, this golden ticket. Solal's company did consult with a bunch of legal experts and it should be all good; but you know, a year from today is a long time and s##t happens.

We just moved here, I'm going to university and we love Canada. And yet, we are willing to put all of that behind us, move across the globe and move again in a year because when an opportunity like this one arises, you just have to take it. Are we plain crazy? I hope not. I believe we have made the right decision, but only time will tell.

I've said it before, but I'm really happy to share this bumpy journey of ours with all of you. Stay tuned until the next episode 🙂 Hugs!