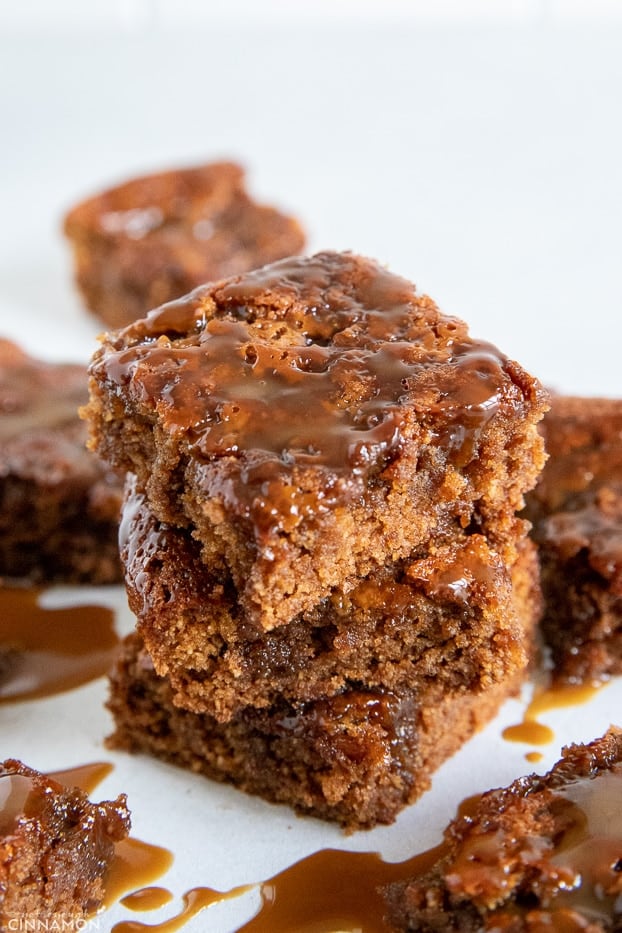 Get cozy with a batch of these gooey healthy salted caramel blondies! They are swirled with a homemade dairy-free caramel for a fun twist on a classic blondie recipe. No white chocolate needed! They’re gluten-free, paleo, dairy-free, and refined sugar-free.

For the Salted Caramel Sauce