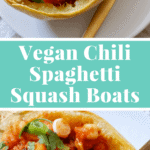 These healthy spaghetti squash boats are stuffed with vegan black bean and chickpea chili and topped with loads of chopped cilantro and scallions! A light, yet filling meal that has all the comfort of a bowl of chili. 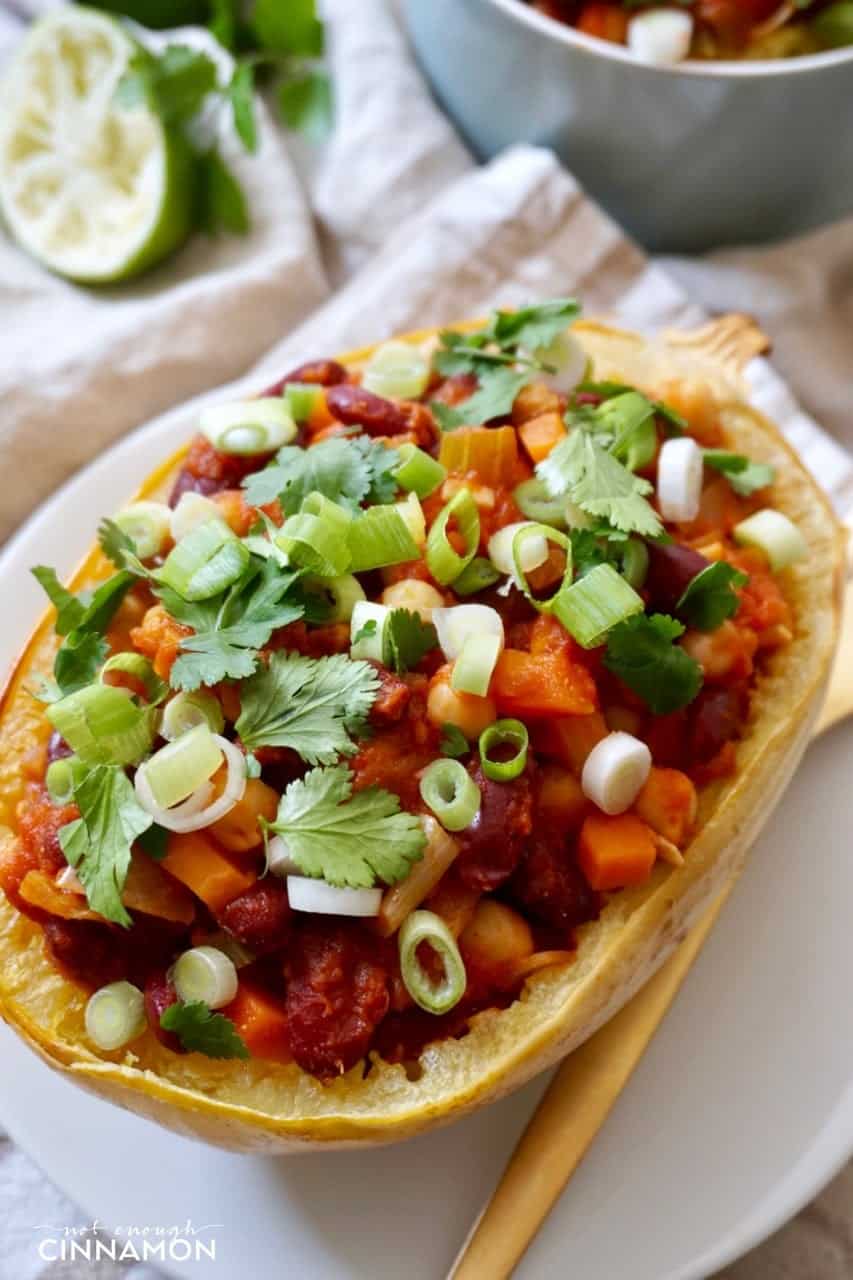 These Spaghetti Squash Boats, you guys, are the most satisfying meatless comfort food you can imagine! While it looks like Southern Comfort, I actually created this recipe in France!

While we’re traveling, Paris is kind of like our rear base. In between our one-month travels, we come back there for about a week so I can shoot all my recipes for the following month and then I share them with you while we’re abroad.

In other words, I’m dependent on the food I can find in France for my recipes! 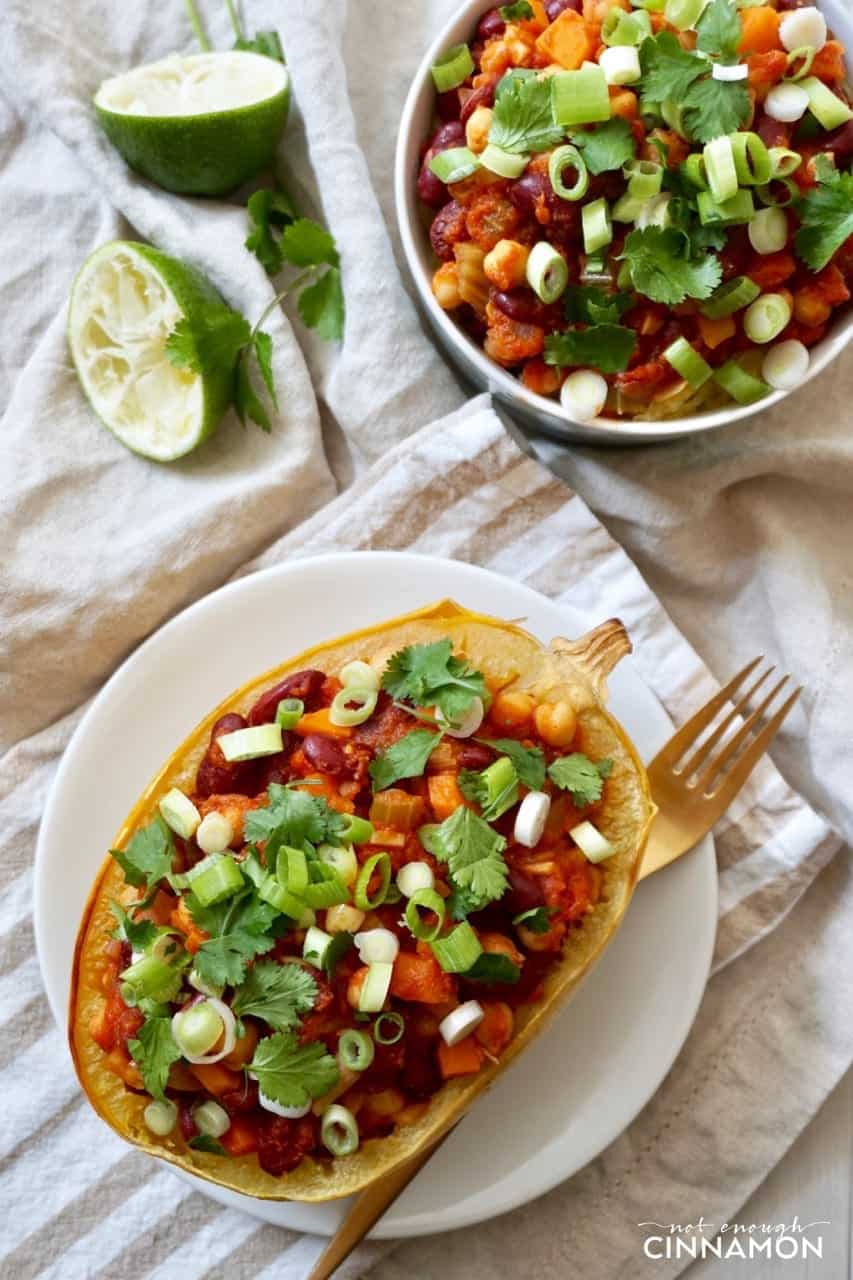 For the longest time, I had never seen spaghetti squash in French supermarkets/Farmers market – granted, I didn’t search high and low for them but it just wasn’t something you could easily find like potatoes and apples.

So imagine my surprise and my excitement when I spotted some at my mom’s local supermarket when I was visiting last month!

They don’t have it in Australia either so basically, the last time I had some was when we lived in Canada for 9 months in 2015 - 2 years ago!! 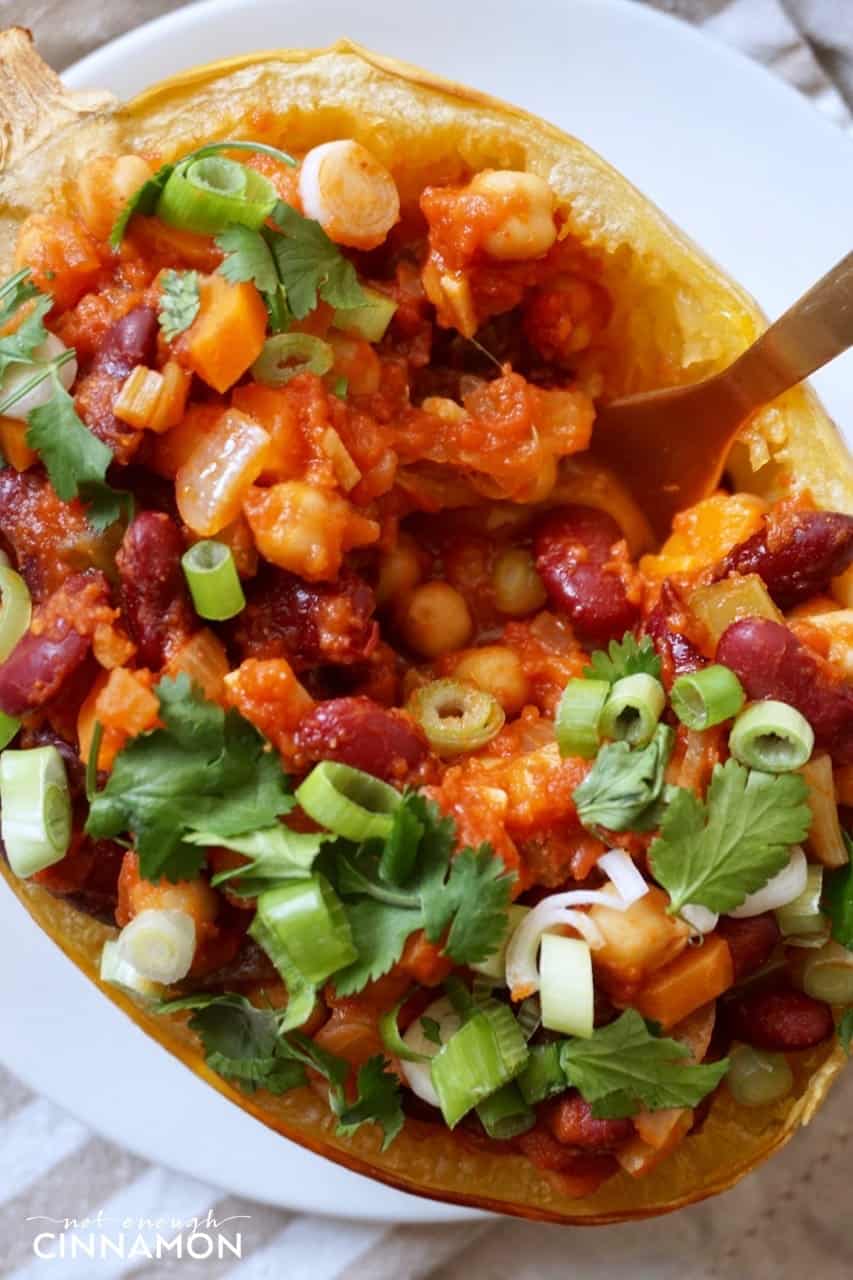 I was so obsessed with spaghetti squash boats in Canada, I used to make some pretty much every week. So easy, so healthy and wonderfully satisfying to eat!

So yeah, I definitely had to make something with these babies!

Super delicious either way! And don’t forget the toppings, too. I love my spaghetti squash boats with tons of fresh cilantro sprinkled on top. 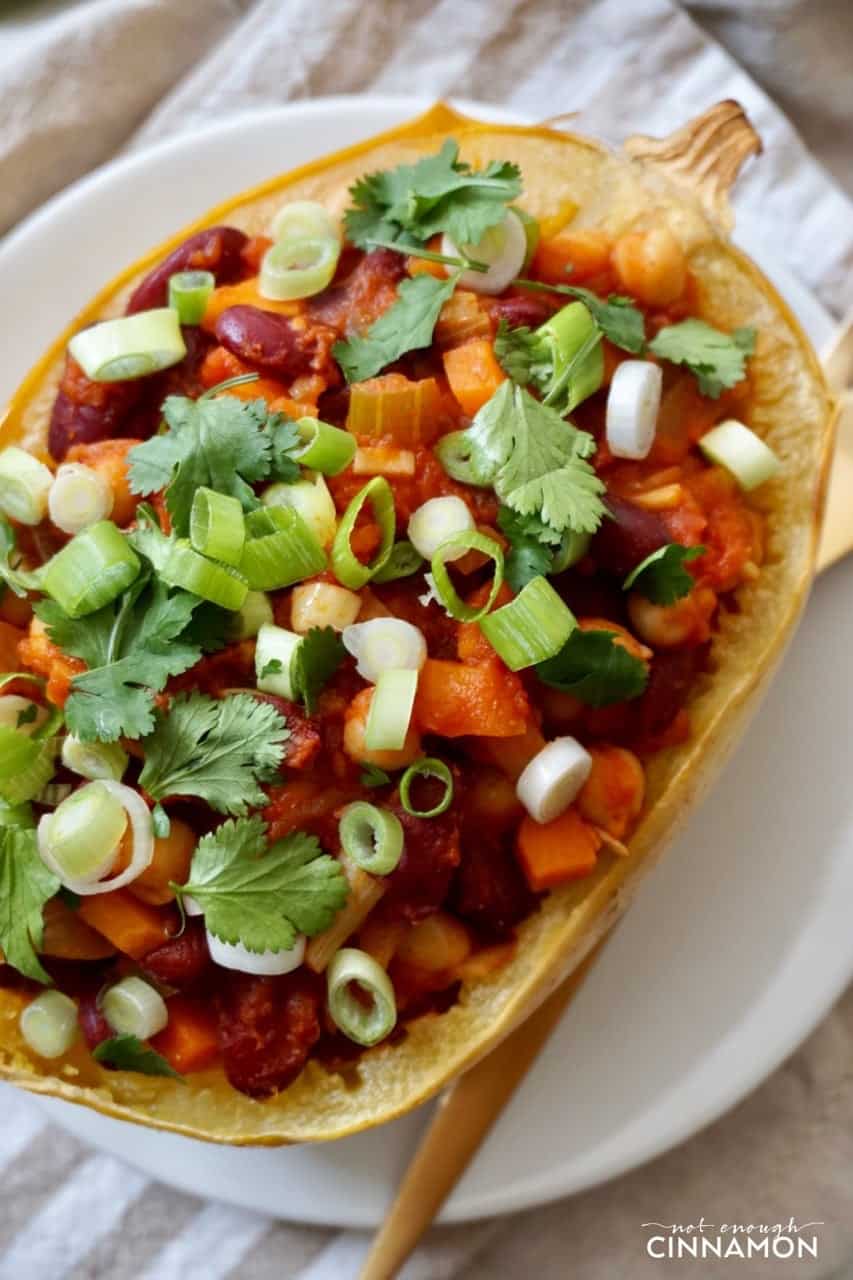 If you tried these spaghetti squash boats, don’t forget to rate the recipe below and let me know how it went in the comments – I love hearing from you! You can also follow me on Instagram, Pinterest, and Facebook for more deliciousness and behind-the-scenes!

These healthy spaghetti squash boats are stuffed with vegan black bean and chickpea chili and topped with loads of chopped cilantro and scallions! A light, yet filling meal that has all the comfort of a bowl of chili.