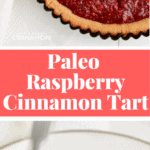 Learn how to make the best Paleo desserts starting with my recipe for Raspberry Tart with the perfect cinnamon-spiced paleo tart shell made from coconut flour, eggs, and coconut oil. 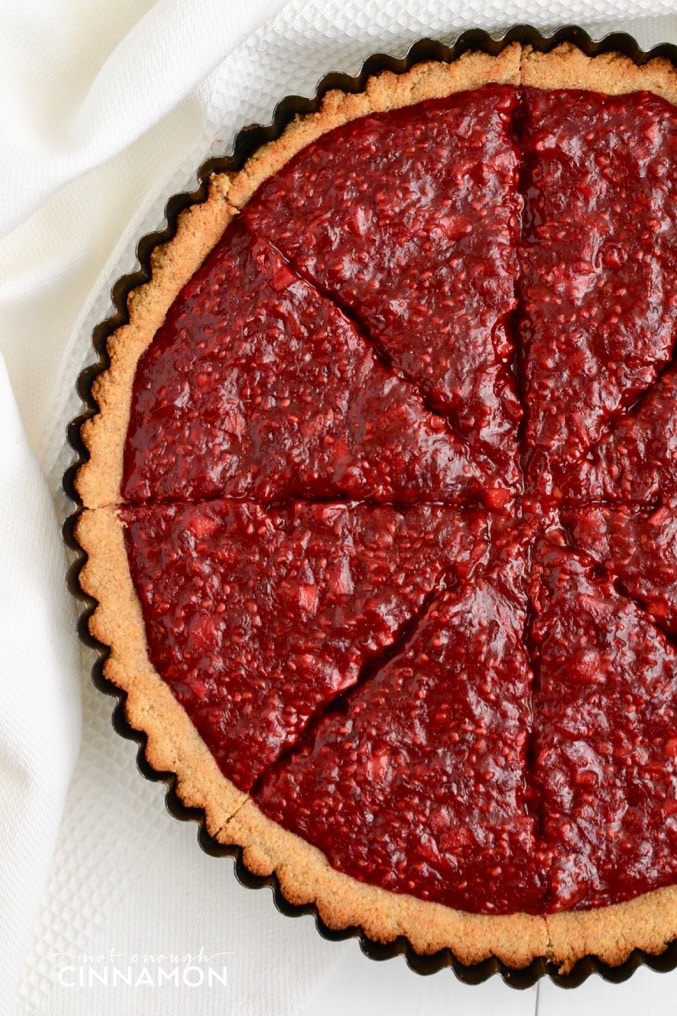 Some people go in drooling mode over burgers or chocolate cookies.

Me? Well, I do love burgers and chocolate chips too because #balance and life are not only about kale and quinoa – but this raspberry filling? I swear my dopamine levels are through the roof just thinking about it.

Seriously you guys, I was literally sniffing this paleo raspberry tart like a drug addict because I wasn't allowed to dig in before I had finished the pictures. It was so hard to wait! 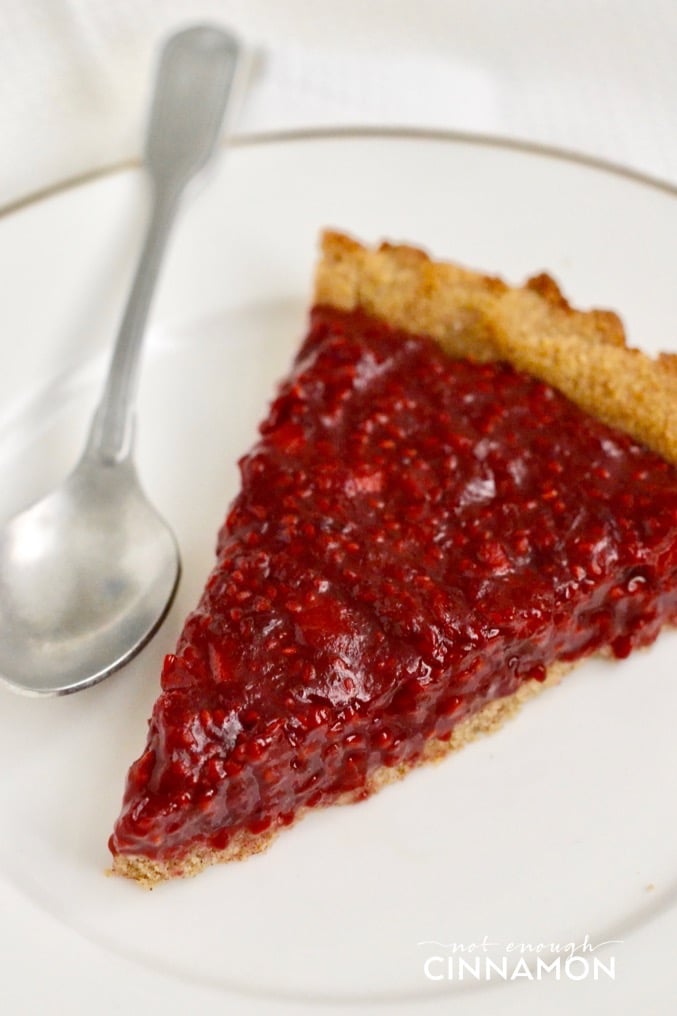 I can't promise this healthy raspberry tart will have the same effect on you because let's face it, I'm kinda weird sometimes, and not everyone gets excited by food the way food weirdos do, but I'm pretty sure you'll find it at least pretty delicious.

This Cinnamon-spiced Raspberry Tart is summery, it's sweet – but not too sweet! – and loaded with tart and fruity raspberries (I'm loving that thick filling!)

If you've never baked paleo treats before, just a word of caution: don't expect a regular wheat crust. This crust is made from a coconut flour, coconut oil, eggs, and honey - it's delicious but the texture is very different.

The cinnamon-scented paleo tart shell holds together very well but it's more on the soft side. Give it a try! 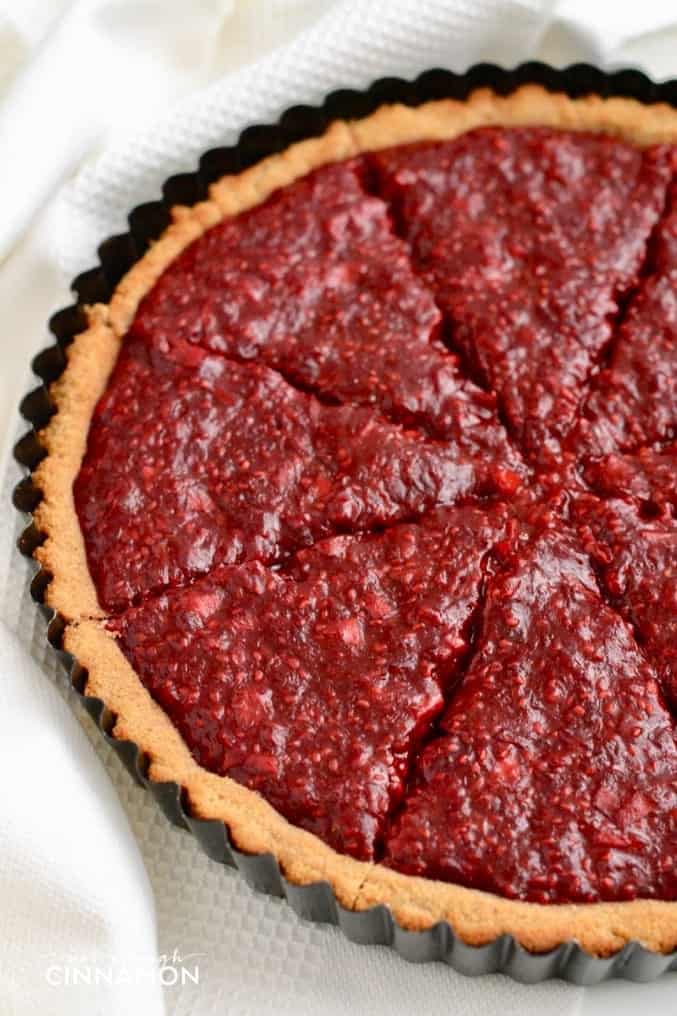 If you tried this Paleo Cinnamon Raspberry Tart, don’t forget to rate the recipe below and let me know how it went in the comments – I love hearing from you! You can also follow me on Instagram, Pinterest, and Facebook for more deliciousness and behind-the-scenes!

Learn how to make the best Paleo desserts starting with my recipe for Raspberry Tart with the perfect cinnamon-spiced paleo tart shell made from coconut flour, eggs, and coconut oil.