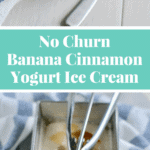 Homemade gelato made easy! There's no ice cream maker required for this divine Banana Cinnamon Greek Yogurt Ice Cream. It's made with only 5 ingredients and is as healthy as ice cream gets! 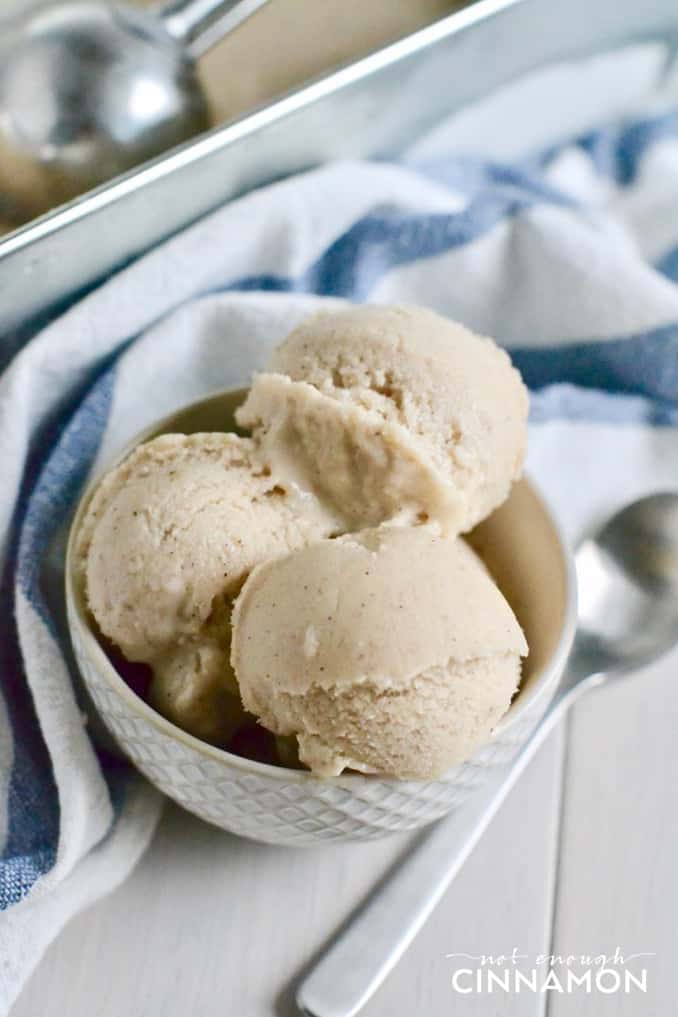 This Greek Yogurt Ice Cream is LIFE, my friends!! Banana and Cinnamon is my favorite ice cream flavor ever and has been for many many years. Let me tell you a little story.

When I was about 12, I went on a school trip to Rome and it was love at first sight. I fell in love hard with this city, this country and its language and decided that I would go and live there when I am 18.

You can ask anyone who you knew me at the time: I was obsessed with everything Italy. 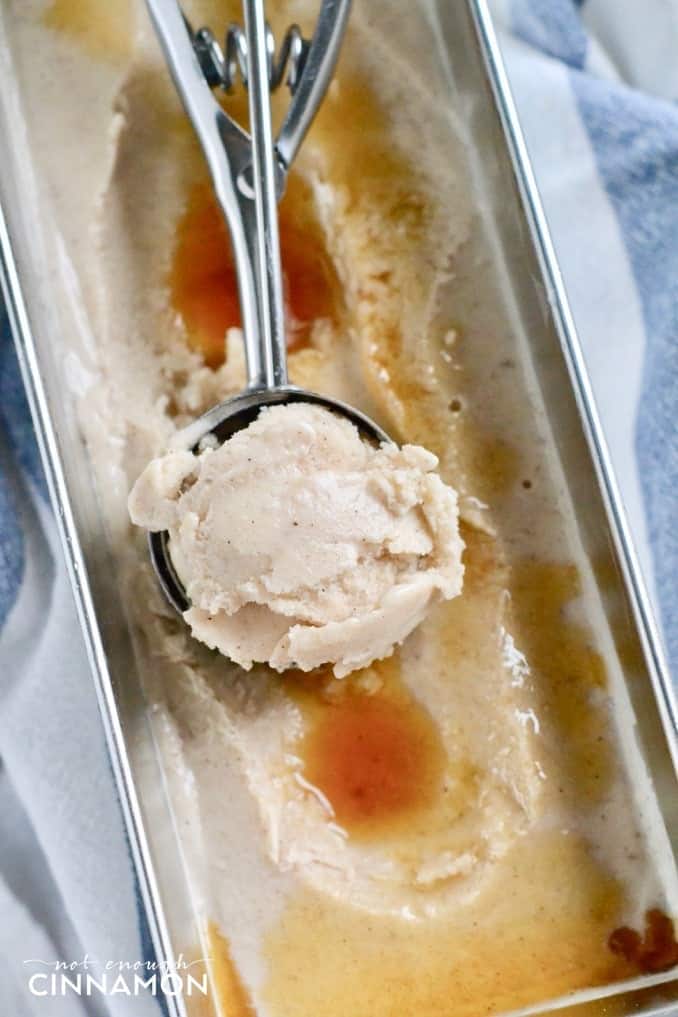 Life followed its course and I did not end up living there (as for now anyway!) but I still traveled there as often as I could and up until we left France 5 years ago, I would go there at least once a year.

Which gave me plenty of occasions to eat much gelato. 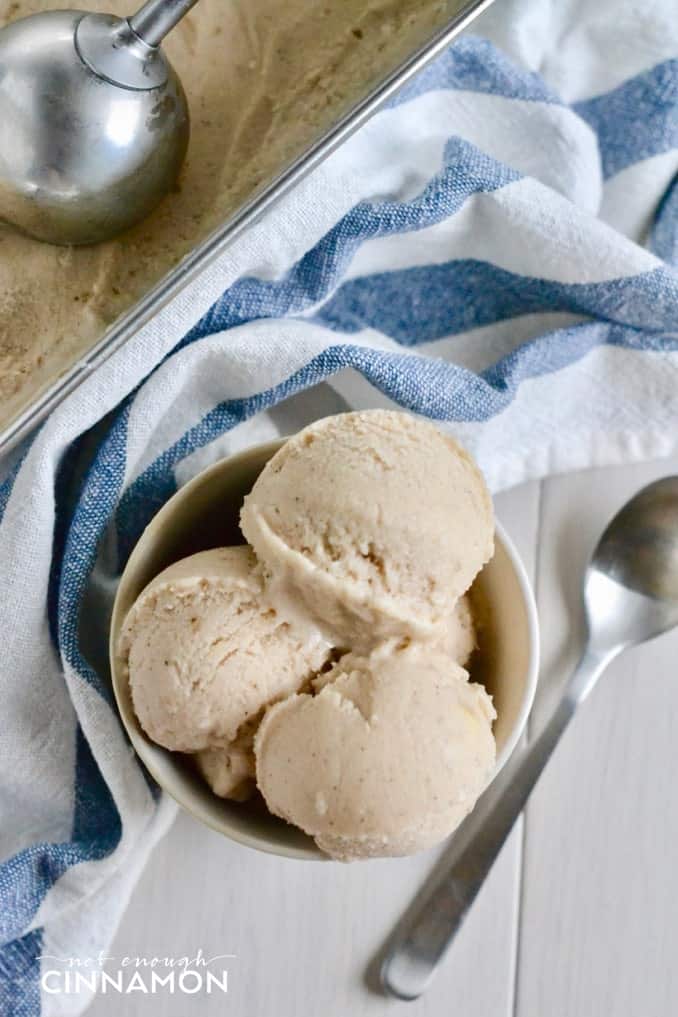 My favorite ice cream place in Rome is called Giolitti and they make a mean cinnamon ice cream. Which of course I paired with banana.

The first time I tried this banana cinnamon ice cream combo was during my first school trip and I never looked back. I did try other flavors of course but kept coming back to the one and only "banana e cannella".

(OMG look, I just found a proof in my photo archives!! This is me in 2014 eating a banana e cannella ice cream! I think that yellow thing on top was mango ???? but I can clearly see the banana and cinnamon just behind ????) 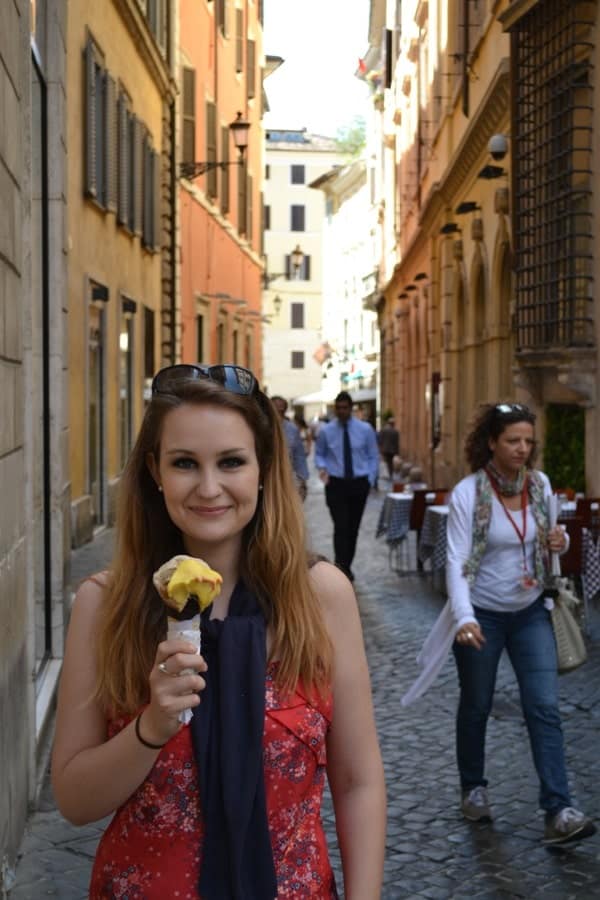 A creamy Greek yogurt ice cream base flavored with cinnamon and banana! Gelato-paradise!

So today, I'm beyond excited to bring you this little piece of Rome and me to your kitchen. My Greek yogurt ice cream base is much healthier than a traditional gelato (no heavy cream and it's only sweetened with maple syrup) but still as creamy and delicious.

And you don't need an ice cream machine to make this divine Banana Cinnamon Greek Yogurt Ice Cream. So easy! 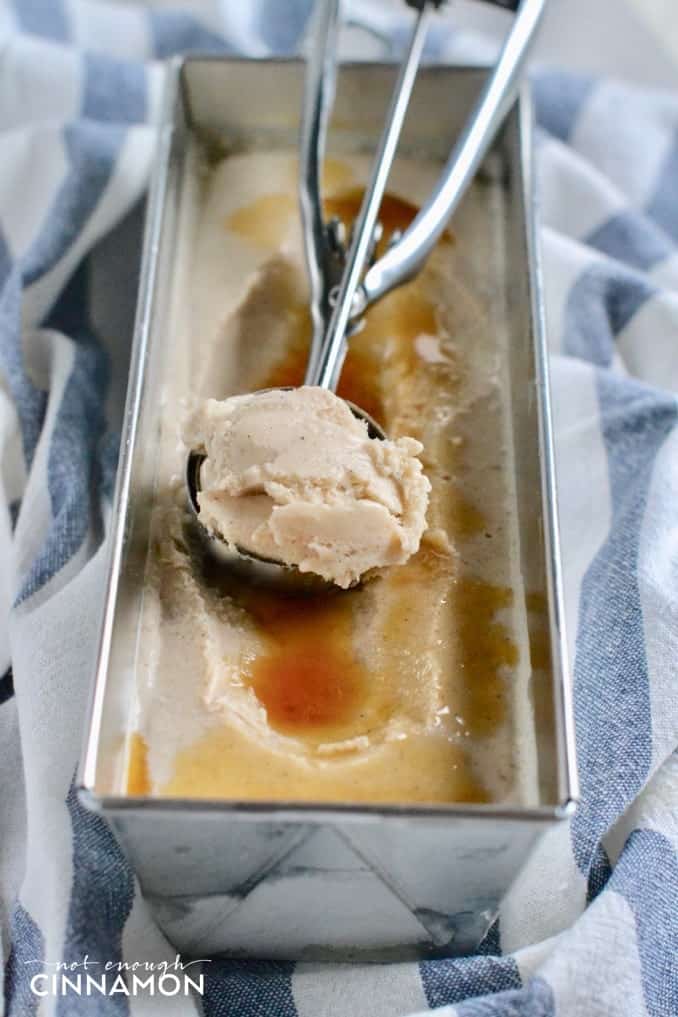 If you tried this Banana Cinnamon Greek Yogurt Ice Cream, don’t forget to rate the recipe below and let me know how it went in the comments – I love hearing from you! You can also follow me on Instagram, Pinterest, and Facebook for more deliciousness and behind-the-scenes!

Healthy homemade gelato made easy! There's no ice cream maker required for this divine Banana Cinnamon Greek Yogurt Ice Cream. It's made with only 5 ingredients and is as healthy as ice cream gets!

To make this recipe dairy-free, you can omit  the yoghurt. All other quantities remain the same.
Recipe from Donna Hay