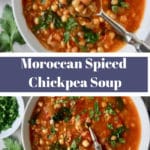 Try this simple but flavorful Moroccan chickpea soup, spiced with typical Arabic spices like cumin, paprika, and cinnamon. A hearty and delicious meatless soup that's naturally gluten-free and vegan too. 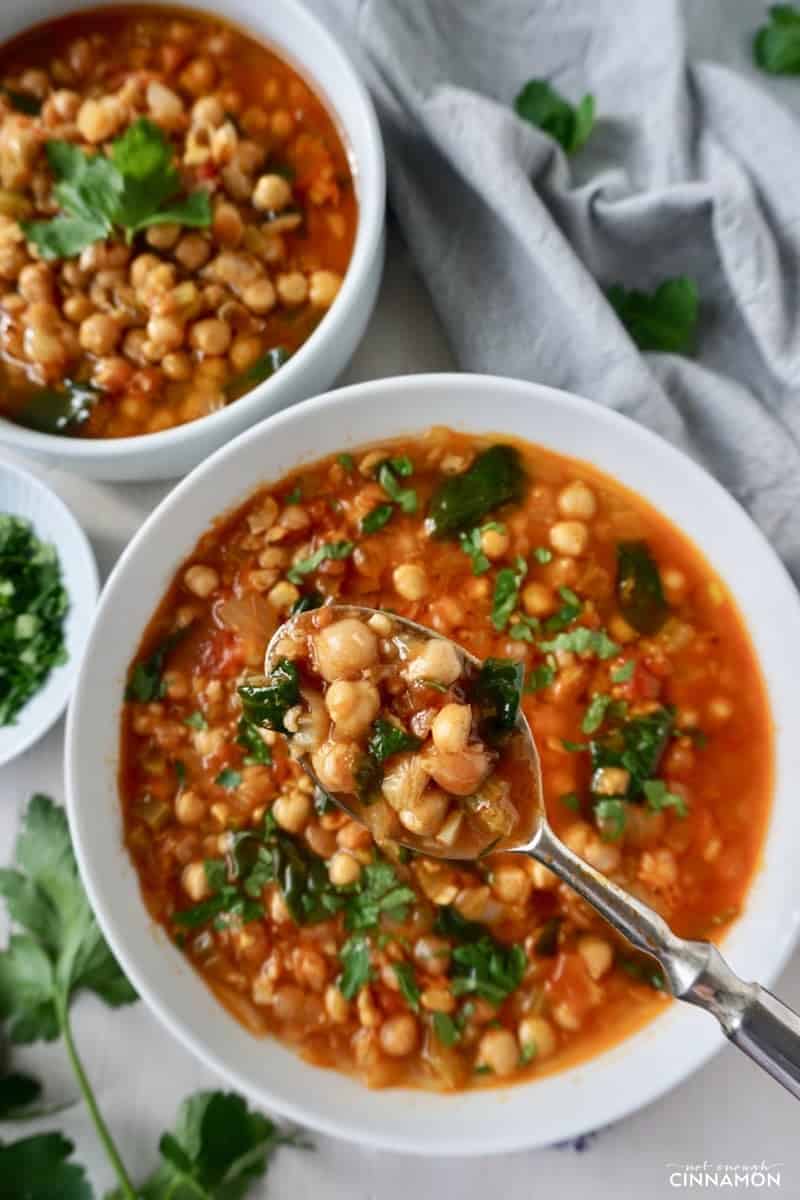 Ok friends, this Moroccan chickpea soup might not seem like a big deal because of its pretty basic ingredients. Trust me when I say that the result is everything but boring.

Really, who knew that humble chickpea, combined with a few simple spices and veggies could turn into something so tasty?!

Nope, I didn't expect to like this vegan chickpea soup so much but I devoured it! 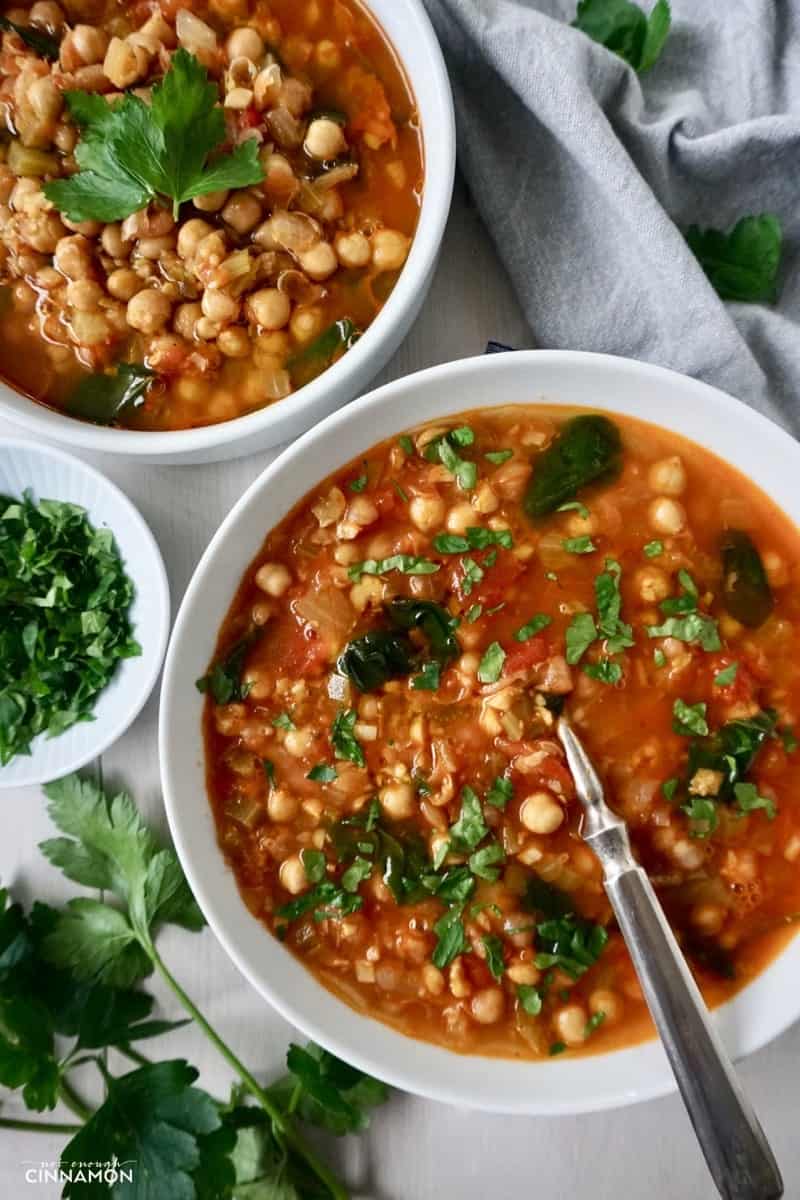 Upon checking the nutrition facts below, you'll see that a smallish portion (say, an appetizer) of Moroccan chickpea soup boasts 12 grams of protein.

If nutrition is foreign to you and this doesn't mean anything, just know that this is a LOT of protein for a meatless dish.

Thanks to all the chickpeas, this healthy vegan soup is a plant-based protein powerhouse that will keep you full for longer. Super tasty + super healthy? Check and check! 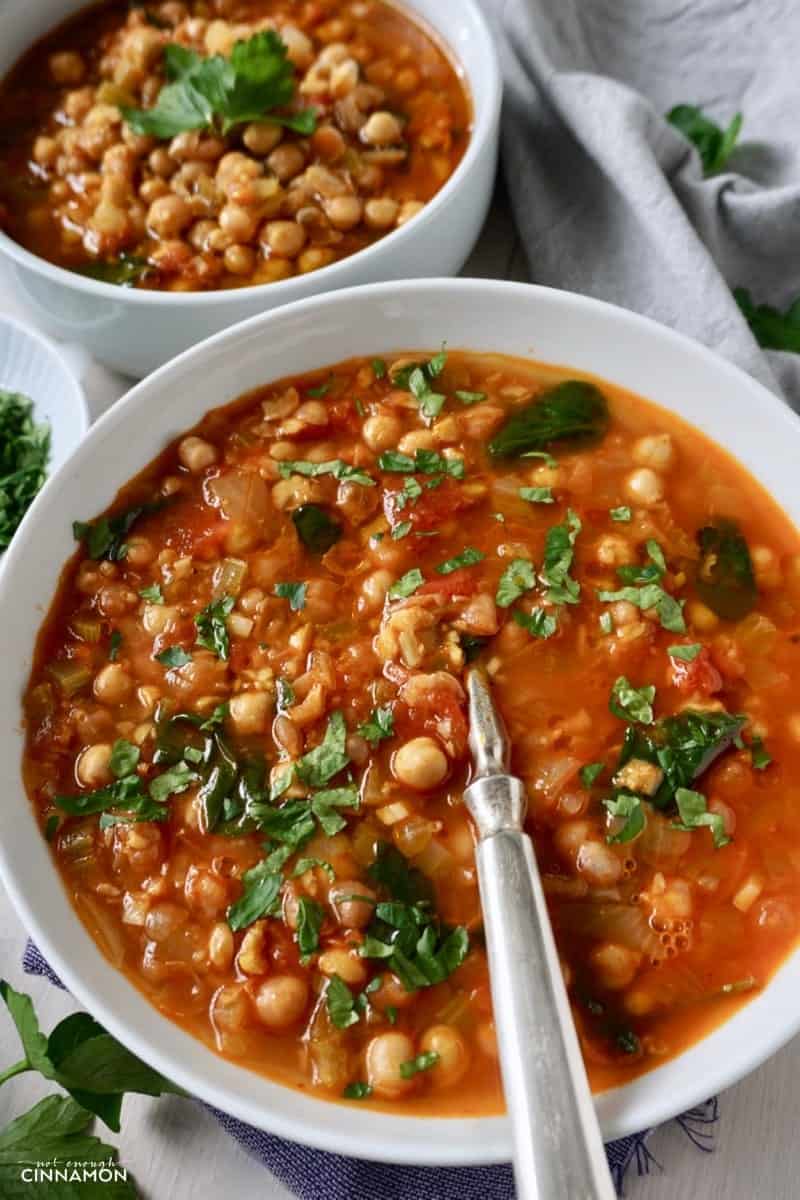 You can eat this Moroccan chickpea soup as an appetizer but I ate mine as a main and it was super satisfying. The chunkiness of the chickpeas combined with the tomato-based spiced broth is nothing short of divine.

P.s: While I usually tend to ignore the toppings and extra drizzling parts in recipes, I do drizzle some additional olive oil on top of my chickpea soup at the end!

Olive oil adds so much flavor to this simple meatless soup so you don't want to miss out! 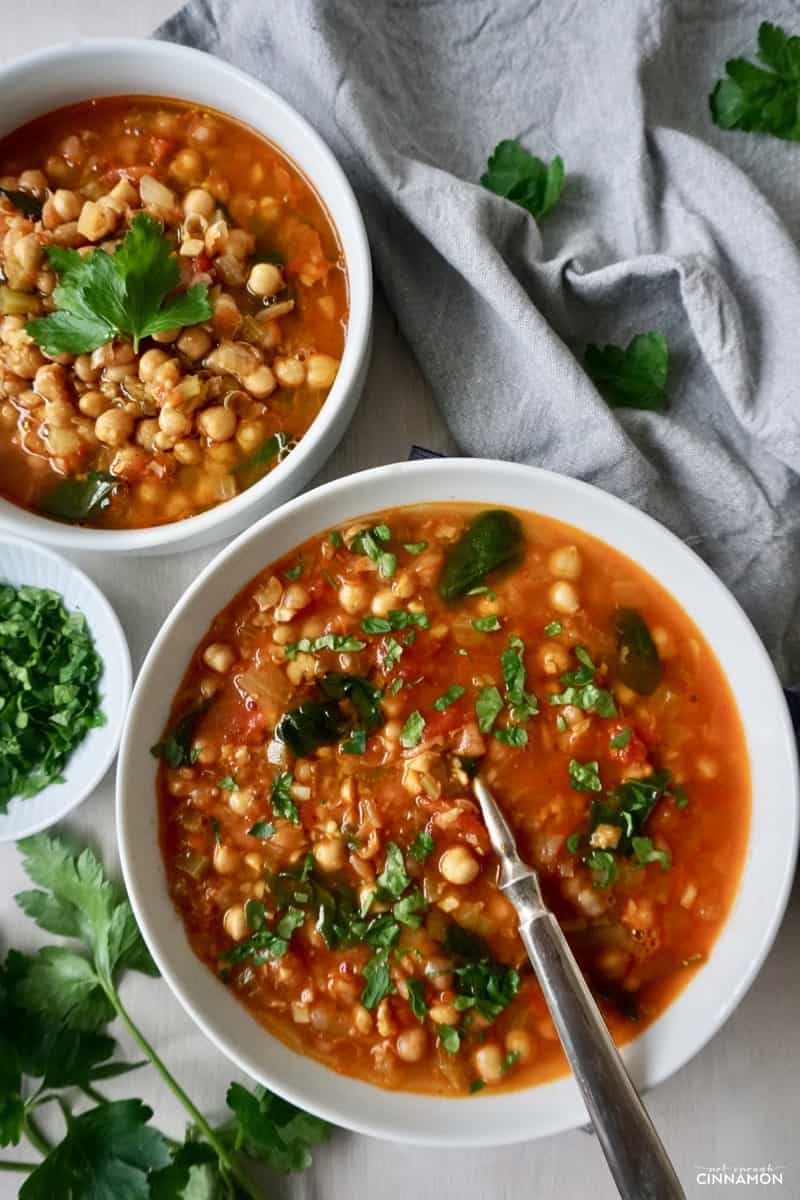 If you tried this Moroccan Chickpea Soup, don’t forget to rate the recipe below and let me know how it went in the comments. I love hearing from you! You can also follow me on Instagram, Pinterest, and Facebook for more deliciousness and behind-the-scenes!

A simple but flavorful chickpea soup, spiced with typical Moroccan spices like cumin, paprika, and cinnamon. It's hearty, filling and delicious. Naturally gluten-free and vegan too.