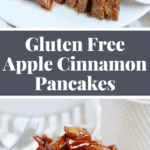 These Gluten-free Apple Cinnamon Pancakes are dairy-free and made without refined sugar, but taste like apple pie and pancakes combined! The perfect healthy pancakes recipe for a fall brunch! 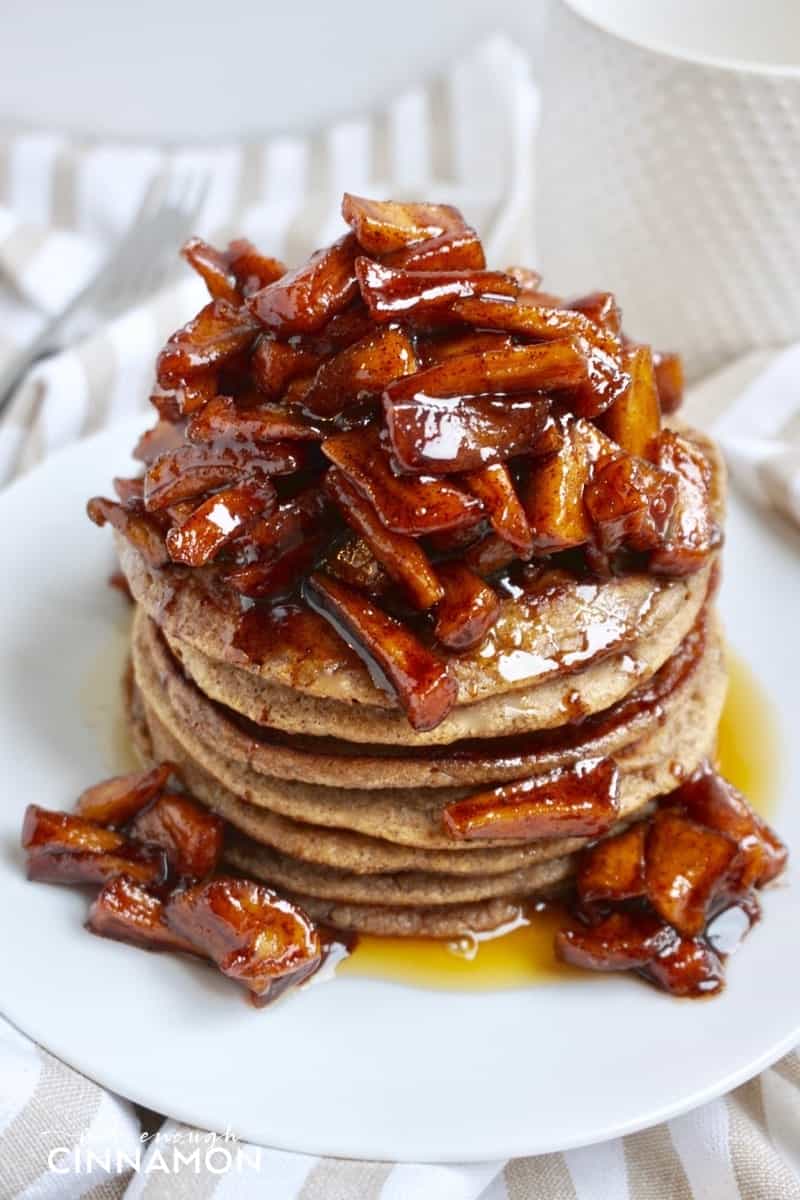 If I were you, I would organize a brunch with your girlfriends just so you can make these beautiful apple cinnamon pancakes loaded with even more apples – everyone will love you for it and they'll want to be around you for ever.

I'm not saying you should bribe your friends with food - hey (just a little) but they do feel loved when good food is on the table! And these Apple Cinnamon Pancakes, man, they ARE.DARN.GOOD! 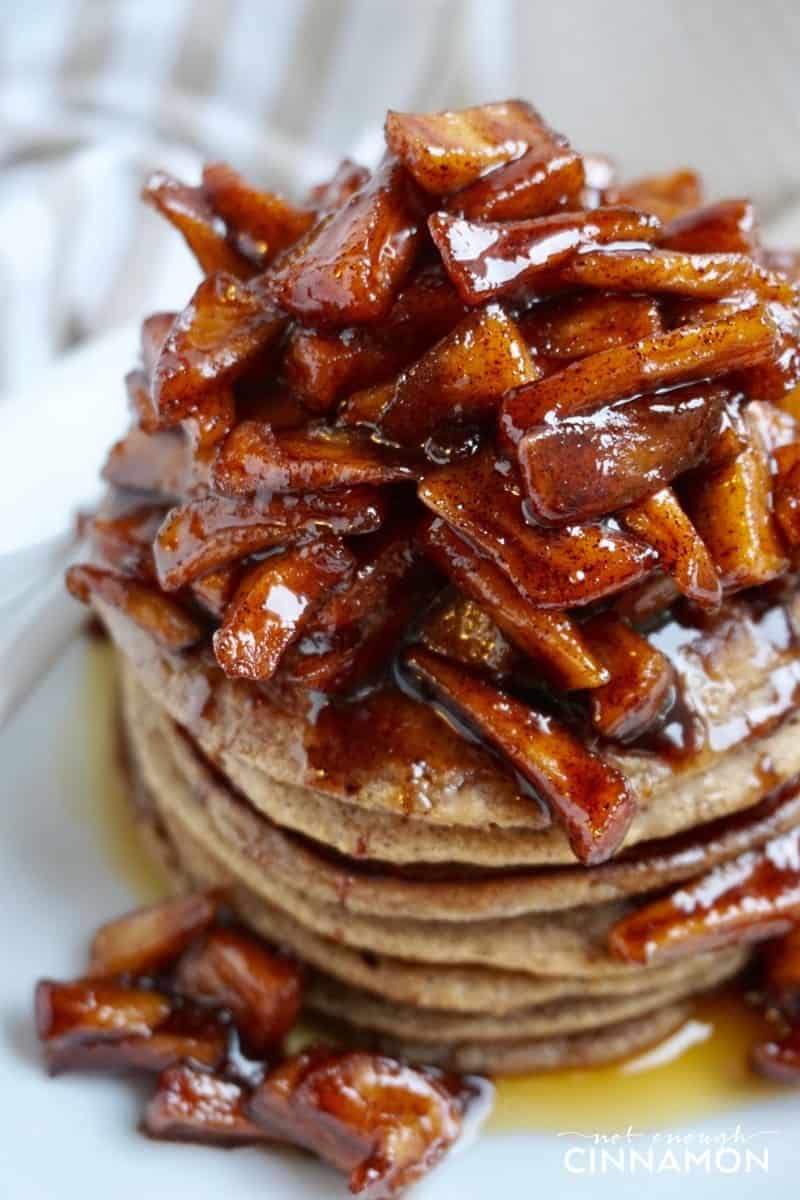 These Gluten-free Apple Cinnamon Pancakes are the perfect healthy recipe for a fall brunch!

Anyways, even if it's just you, make these apple cinnamon pancakes because they're the bomb.

They're gluten-free and topped with basically apple pie filling (=warm, soft, juicy apples cooked with cinnamon + maple syrup ???? OMG so good) and there are apples inside too. 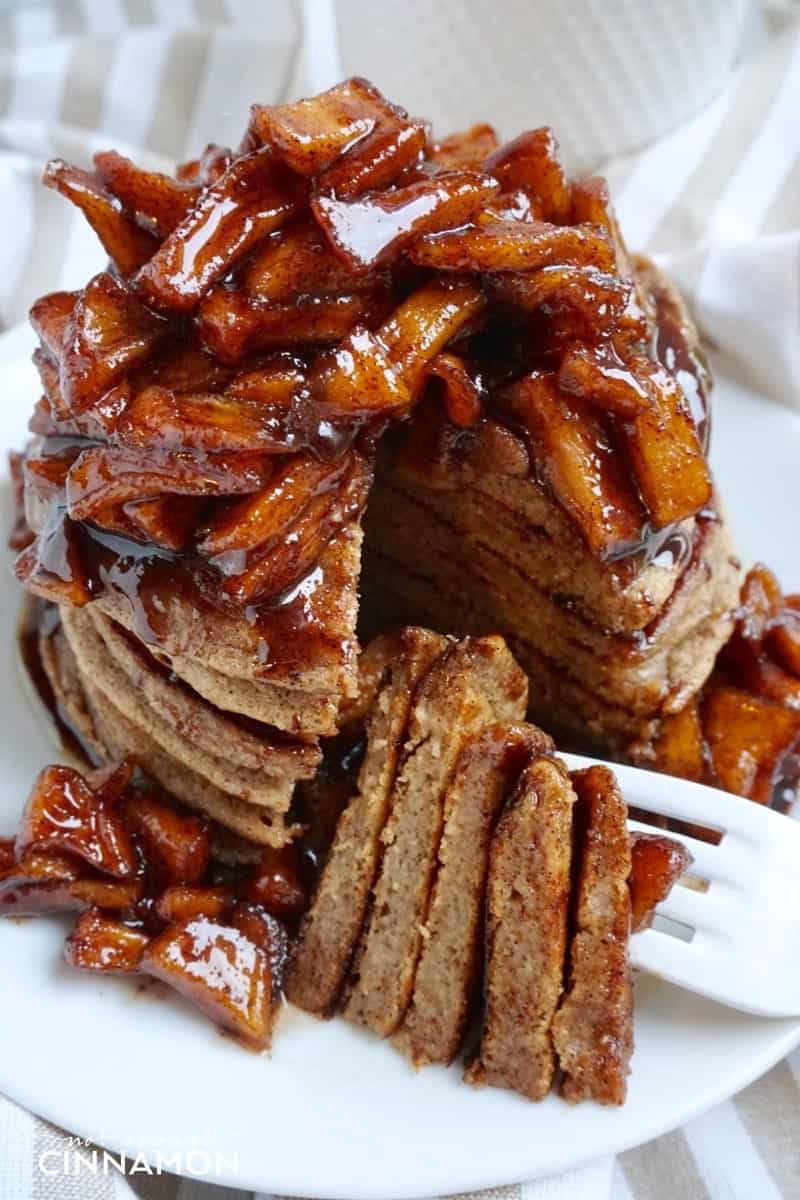 I'm not even going to mention that these apple cinnamon pancakes are healthy because, at this point, I think no one cares - the stomach is doing the thinking.

But it's still lovely to know that not only you're treating yourself to a pancake breakfast, but you're doing it with wholesome, nutritious ingredients.

The best of both worlds. Me likey very much. And did I say there's a lot of cinnamon in these apple pie-inspired pancakes, lots of it? Ok, enough, plan that brunch already! Enjoy ????

If you tried these Gluten-free Apple Cinnamon Pancakes, don’t forget to rate the recipe below and let me know how it went in the comments – I love hearing from you! You can also follow me on Instagram, Pinterest, and Facebook for more deliciousness and behind-the-scenes!

These Gluten-free Apple Cinnamon Pancakes are dairy-free and made without refined sugar, but taste like apple pie and pancakes combined! The perfect healthy pancakes recipe for a fall brunch!