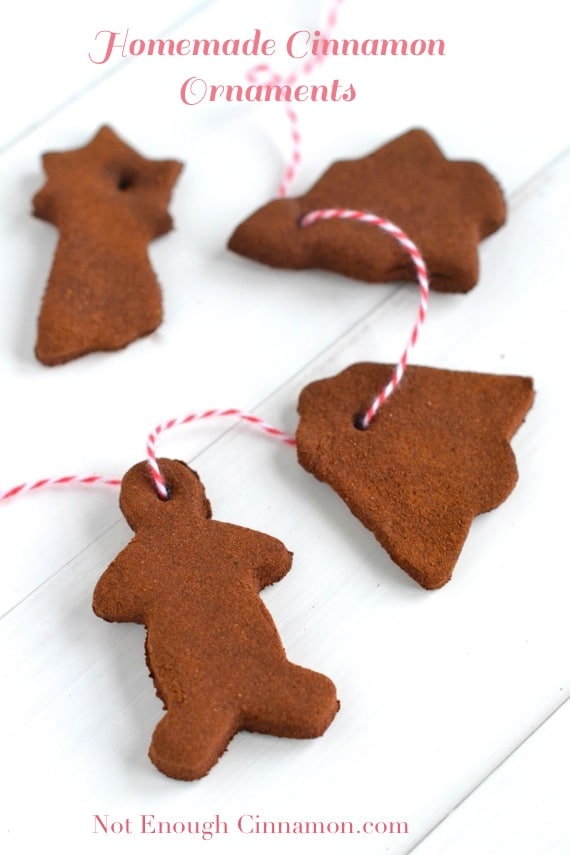 It's no secret that I love cinnamon. The name of my blog kinda gives me away in seconds. Cinnamon could be my middle name, really. I love to use it everywhere I can: in food (sweet and savory), in homemade beauty products and now...in decorations. When I came across Annalise's tutorial for homemade cinnamon ornaments on Completely Delicious,  I knew I had to try them ASAP.  Your whole house smelling cinnamon? YES PLEASE! It helps this (not really) Australian girl feeling the holidays spirit! And no, if you're asking, I'm still not used to Christmas being in the middle of summer, even after three years living on the other side of the world. It's definitely weird. But I'm not complaining, I love me some warm weather! ANYWAYS. 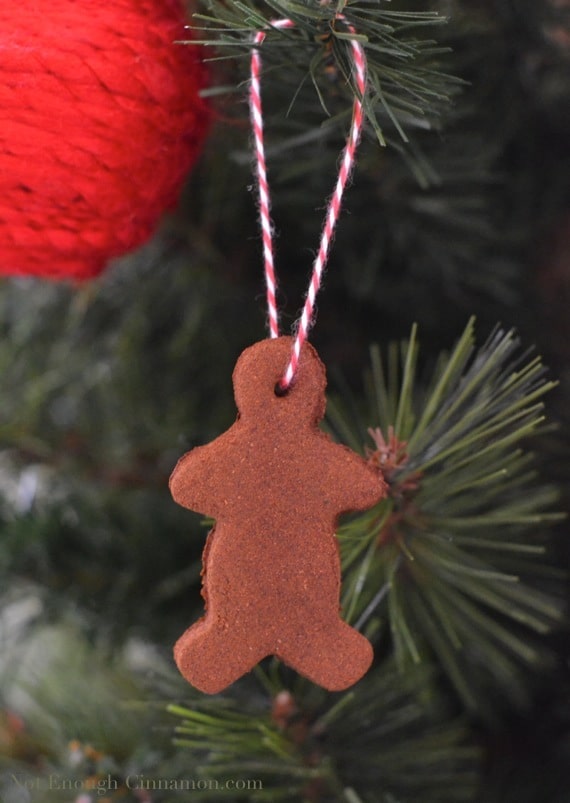 Even though I would love to, I'm not really a crafty person so this project had to be simple. And given that said project only had me mixing three ingredients in a bowl, I knew I could manage it. I'm pretty sure it would be super fun to make with your kids too! I've used my cute Christmas cookie cutters but you can shape them in any form you like. No cookie cutter? No problem! Just shape them with a knife. Our Christmas tree is teeny tiny so I only used a portion to decorate it and made a garland with the other that I hanged on my big desk board. And they'll probably stay there looong after the holidays are over. I sure want the Not Enough Cinnamon headquarters to smell cinnamon all year round! 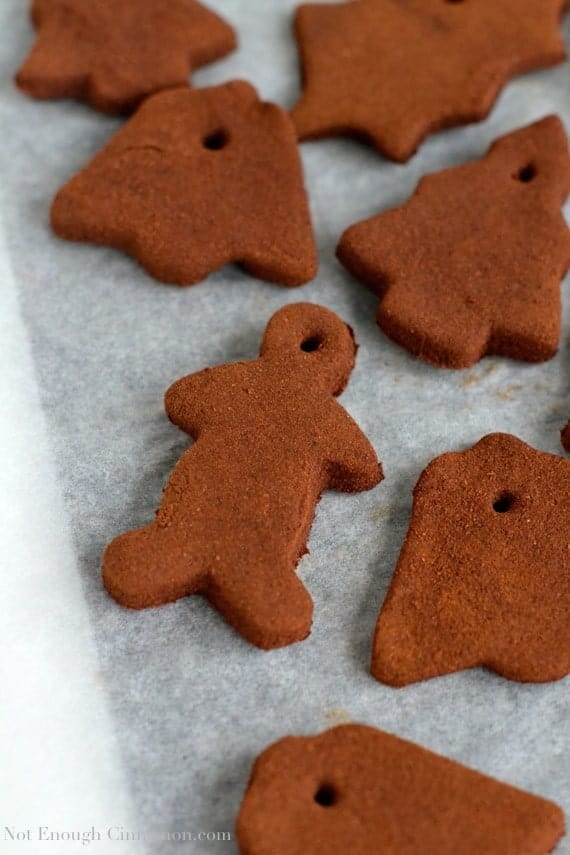 These ornaments are NOT edible!